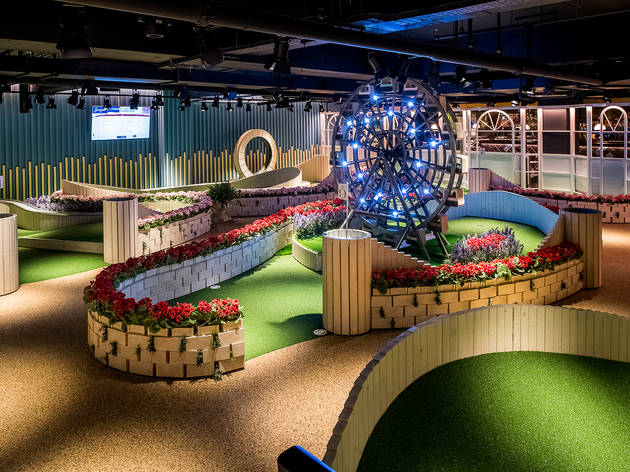 The former flagship site of collapsed retailer BHS on Oxford Street has gained another tenant in the form of crazy golf operator Swingers.

The building is already host to Reserved, Poland's answer to H&M opened on the ground floor of the site last year.

It will now be joined by Swingers on the first floor, as the golf bar opens its second venue.

Already a hit with after-work revellers in the City of London, Swingers has scored £3.5m in funding from Santander to fund the expansion.

The West End site contains two nine-hole golf courses, two bars and a range of private hire space which can accommodate groups of up to 300 people. Food is provided by some of the capital's hippest brands including Made of Dough, Patty&Bun, Breddos Tacos and Hackney Gelato.

Read more: The founder of Bounce is bringing his latest crazy idea to the City

Matt Grech-Smith, co-founder & managing director of Swingers parent company The Institute of Competitive Socialising, said: “We are delighted to have received funding from Santander to open Swingers West End. At the Institute of Competitive Socialising, we are constantly striving to create the most enjoyable day or night out that you can have under one roof. With Swingers West End I think we’ve come one step closer: our location, immersive décor, street food, drinks, crazy golf and service all combine to make an unrivalled level of fun.”

Tavia Sparks, Director, Santander Growth Capital, said: “We are delighted to have provided financing to the Institute of Competitive Socialising to take their hugely popular Swingers concept to London’s West End. We look forward to working with Matt, Jeremy and the rest of the management team to achieve their growth aspirations over the coming years.”

Read more: The company behind Bounce and Puttshack has hired a new CEO