Still lovin’ it? McDonald’s shows why a minimum wage hike is no free lunch 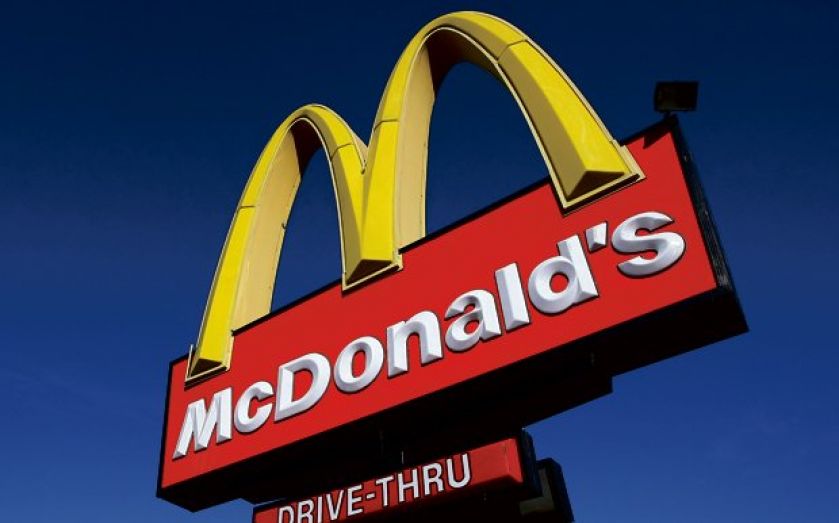 McDonald's has been a major target for US protestors advocating a significant minimum wage hike. A multi-billion dollar company with a recognisable global brand, it has faced a high-profile campaign from those frustrated with low wage rates.

Mandating higher wages for McDonald’s workers would not lead to job losses or cuts to hours, protestors argued. The company would absorb the costs within its “huge” profits or pass them to consumers through moderate price increases. It was even suggested that raising the minimum wage would be good for the economy – by increasing demand among the low paid.

Anyone who believes in this sort of free-lunch economics should read last week’s McDonald’s earnings report. The proposed minimum wage hike may not have happened, but due to global economic conditions and fierce competitive pressure within the fast food market, McDonald’s reported a 30 per cent decline in quarterly profits, driven by weak sales. Just like most companies in most markets, it is beholden to the demands of its potential customers.

The two conditions protestors believe mitigate any negative employment effects of a minimum wage hike – a strong profit margin and the ability to pass on cost increases to consumers – are therefore highly questionable. How would rising prices help a company with falling sales? All firms would face the same minimum wage hike, but consumers would still be able to substitute to things like supermarket ready meals. In other words, increase prices in a labour-intensive business like McDonald’s and consumers will shift to alternatives.

How then might a fast food chain like McDonald’s react to an increase in its labour costs through a minimum wage hike? McDonald’s intends “to make it easier for customers to order and pay for food digitally and to give people the ability to customize their orders”. In other words: automate. Back in 2013, the company was already reported to be trialling mobile app-based order services in Salt Lake City and Texas rather than having customers place orders at the till. There has been much discussion too about the potential to automate more of the burger and meal making process itself.

This is the sort of innovation that can ultimately drive productivity improvements. But a higher minimum wage, by raising the cost of labour, will in effect be an industrial policy to encourage this innovation sooner. It is like a subsidy for substituting machines for labour – a regulation which makes as-yet uneconomic technologies economic. It is no surprise that in France, for example, with high levels of labour regulation, high minimum wage rates and a large payroll tax, McDonald’s trialled self-ordering machines as long as two years ago. They have appeared in its UK restaurants too.

Some economists and commentators labour under the delusion that this sort of policy encouragement is all good for the economy – helping to boost productivity and living standards. For the workers able to maintain their jobs with a higher minimum wage, this is of course true. But “regulating to innovate”, subsidising the rapid introduction of some technologies before they are actually high quality and cost effective, drives up prices for consumers while eliminating the sorts of low-skilled entry-level jobs which allow the development of human capital and transferable skills.

One hopes that domestic low pay campaigners will recognise this danger. The UK does indeed have a productivity problem, which is manifesting itself in low pay. Legislating away low-skilled jobs and encouraging their replacement by machines may well boost average productivity. But this amounts to a Pyrrhic victory if it comes at the cost of firms adopting expensive technologies that would otherwise be uneconomic, while making it impossible for many low-skilled potential workers to ever find employment.