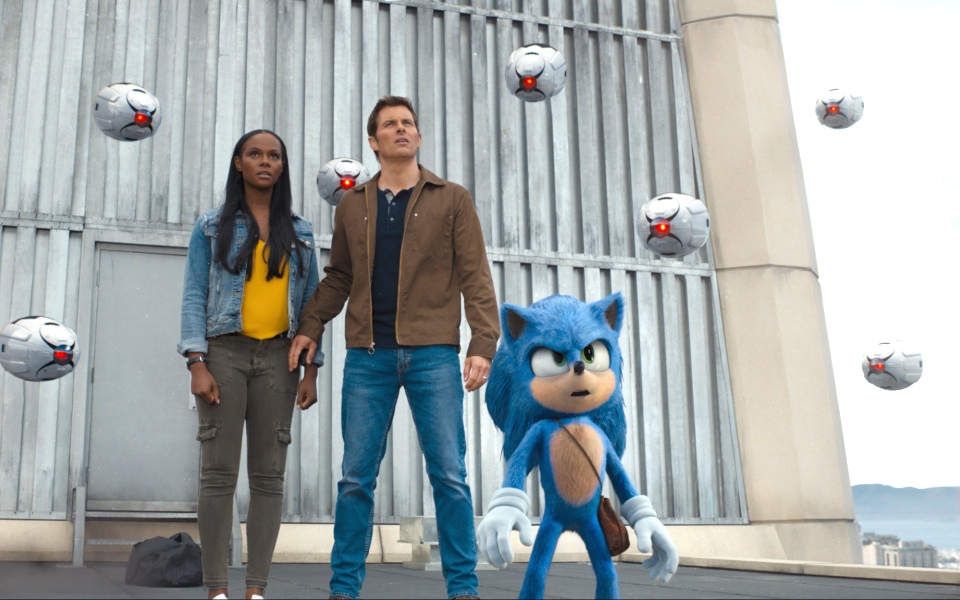 There’s a point about halfway through the Sonic the Hedgehog movie in which Sonic farts unexpectedly, forcing the viewer to reckon with the notion that he has a functioning anus.

I’m no prude – farts are one of the most sophisticated forms of humour there is – but being made to conceptualise the sphincter of an animated hedgehog is a form of psychic assault that, along with almost everything else that happens in the movie, torpedoes any chances of truly enjoying it.

It could have been so much worse. When the first Sonic trailer arrived, audiences were so viscerally repulsed by the mere sight of him that the execs delayed the release to redesign the character, this time with more cartoonish proportions, less human eyes and fewer horrible grey teeth. The original Sonic resembled the kind of abomination villagers would chase into the woods and beat to death with sticks to bring back the harvest. The new Sonic, while still faintly unsettling, is cute enough to carry this generic kids movie from start to finish without keeping children’s therapists in business for the next decade.

The plot sees the CGI hedgehog exiled to live-action Earth, teaming up with a friendly cop (James Marsden) to defeat the evil and brilliant Doctor Robotnik, (played by Jim Carrey, who is of course excellent at prancing about cartoonishly and being rude to his lackeys.)

Voiced by the contagiously energetic Ben Schwartz, Sonic is amiable rather than edgy. It would have been too much to expect something for the grown ups in the room, but the bleached clean script is largely jokeless, written in that benign tone that’s shared by consciously inoffensive American commercials – all the vocal inflections of telling a joke without any of the actual punchlines.

Worse still, the movie sticks so doggedly to a buddy comedy road trip template that it dispenses with Sonic’s USP completely. At one point he’s relegated to a passenger seat during a car chase. What is the point of Sonic if he’s not running? You may as well ask Mario not to plumb.