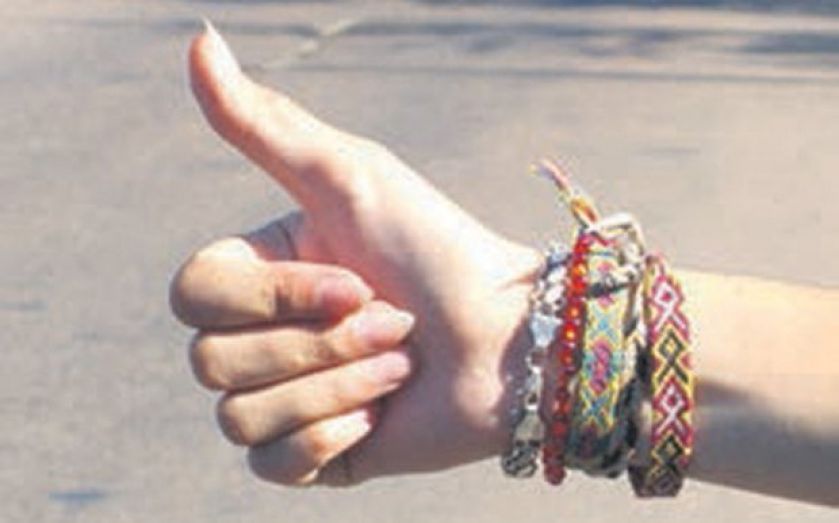 Hitchhiking once meant a compassionate driver picking up a rain-sodden stranger for nothing more than heartfelt gratitude. Today, its modern equivalent is “ridesharing”. Drivers now list journeys on their smartphones and sell seats in advance to offset the cost of petrol. Passengers book a seat online just like booking a train ticket, except that ridesharing is a cheaper way of travelling between cities. Global ridesharing leader BlaBlaCar transports more people than Eurostar. According to its co-founder Nicolas Brusson, “We’ve taken the car – once a private form of transport – and made it public.”
BlaBlaCar is part of “the sharing economy”, a socio-economic phenomenon that is monetising old-fashioned behaviour at massive scale. My father grew up in Wimbledon. Each summer during the tennis, he’d see the odd person holding up a sign outside their house advertising parking in their driveway. The business I run, JustPark (formerly ParkatmyHouse), now lets over half a million people book parking at homes and offices. How have BlaBlaCar and JustPark pulled this off? Partly, by using social media to engender trust between strangers. Partly, through the growing pervasiveness of smartphones that makes participating in these online marketplaces ever easier.

Peer-to-peer marketplaces from Silicon Valley to China are growing rapidly in the fertile soil of these macro trends. As they grow, so the money pours in. Earlier this month, BlaBlaCar announced that it had closed a $100m venture capital round led by top fund Index Ventures. It was the largest ever VC round for a French startup. In April, Airbnb, perhaps the best known “sharing economy” platform, which lets people rent out their homes to each other, closed a mammoth $500m investment round. The round valued Airbnb at $10bn – considerably more than hotel stalwarts like Accor and InterContinental.
Sharing economy startups tend to operate in “winner takes most” scenarios, where the market leader ends up being multiples bigger than the number two. For someone now looking to rent a home as a cheaper and more characterful alternative to a hotel, there is no reason to go anywhere other than Airbnb which has most choice. Remarkably, one in five visitors to Brazil for the World Cup stayed in one of the company’s properties. Thus entrepreneurs in the sharing economy often need to raise venture capital funding aggressively. It is normally a land grab. And land grabs don’t come cheap.

THE MAGIC OF THE MARKETPLACE

For the venture capitalists, there is magic in these marketplaces. They benefit from network effects, meaning that, with each new unit into the marketplace, they become stronger and more defensible. Martin Mignot of Index Ventures sits on the board of BlaBlaCar. “Marketplaces are the purest form of internet businesses,” he says. “They scale well and grow exponentially in value as they do – why we as VCs love them.” Index Ventures is also a major investor in P2P lender Funding Circle and Etsy, a handicrafts marketplace with over $1bn of annual sales. Some VCs are even more focused. London-based Piton Capital was founded solely to invest in startups with network effects.
Public companies also want to tap into the sharing economy’s capital-efficient peer-driven model. Lending Club is the world’s largest P2P lender. “The operating expense ratio for banks is between 5 to 7 per cent,” says its chief executive Renaud Laplanche. “Ours is below 2 per cent and trending lower.” Lending Club is backed by Google. Its archrival Prosper is backed by BlackRock. Corporate venture funds – almost de rigeur for any self-respecting corporate titan – are taking strategic stakes in market-leading, high growth startups. General Motors backs peer-to-peer carsharing startup RelayRides. Microsoft and CBRE back short-term desk rental startup LiquidSpace. BMW backs JustPark.
Venture capitalists are no different to most of us. They’d rather pay for some space in something that’s moving at speed than wait in the rain and watch the world go by.
Alex Stephany is chief executive of JustPark (justpark.com)
Twitter: @alexmstephany