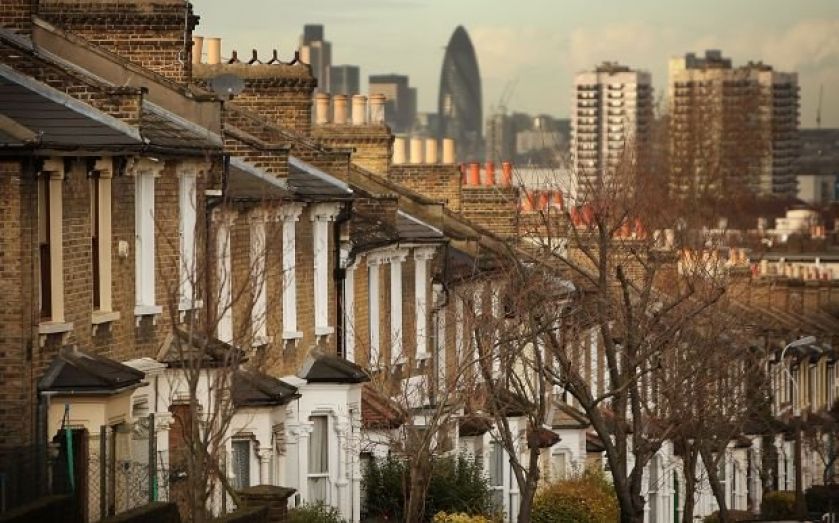 House prices across England and Wales were up 7.9 per cent over the last 12 months, according to data from Rightmove.

The company, which surveys a sample accounting for 90 per cent of estate agents, does not seasonally adjust its figures and so one-off monthly trends are difficult to analyse.

Nevertheless, the 0.9 per cent increase in average asking prices over the last month sees the first rise at this time of year since 2011.

One thing that could dampen the mood in the housing market is the Scottish independence referendum.

Even the very debate around Scottish independence and possible implications for the economic outlook for the rest of the UK could cause uncertainty in the minds of potential home-movers contemplating a large long-term financial commitment.

Zoopla, a house price website, fears that property prices in Scotland may fall if the Yes vote wins. According to their analysts, a‘Yes’ vote could wipe £31,000 off the average house price in Scotland.
House prices in Scotland dropped 17.5 per cent during the financial crisis and experts fear a repeat. Such a fall would constitute an £85bn reduction in the total value of Scottish housing stock.
But for now, says Shipside, the market looks like it's already over the summer calm, and Rightmove says demands is up.

We usually see a price fall at this time of year as potential home-movers are generally still in holiday mode. However, it looks like there are early signs of a
bounce-back in demand after the summer lull.

The level of demand can be seen in the numbers: there are expected to be 1.1 – 1.2 million property transactions this year, well up on last year's figure of 970,000 and higher still than the 800,000 five-year average.
As always, there is a great disparity across the different regions. With the previous caveat about non-seasonally adjusted figures still active, here are the monthly changes by region. Only three recorded falls:

Unsurprisingly, the bottom three are also is the same order on the annual table, although only one region, the West Midlands, actually had lower average prices than last year.

All three regions are also beneath the first big cut-off point: £43,333 separate the bottom five regions, before there is a £55,783 jump from the West Midlands to East Anglia.
Then the gaps widen: £71,586 between the South West and South East, and a whopping £209,578 between the South East and Greater London.

The fact that the average asking price for a flat is higher than that of a semi-detached house strongly implies that demand and prices in cities, especially London, are affecting the figures.
Share:
Tags: UK house prices