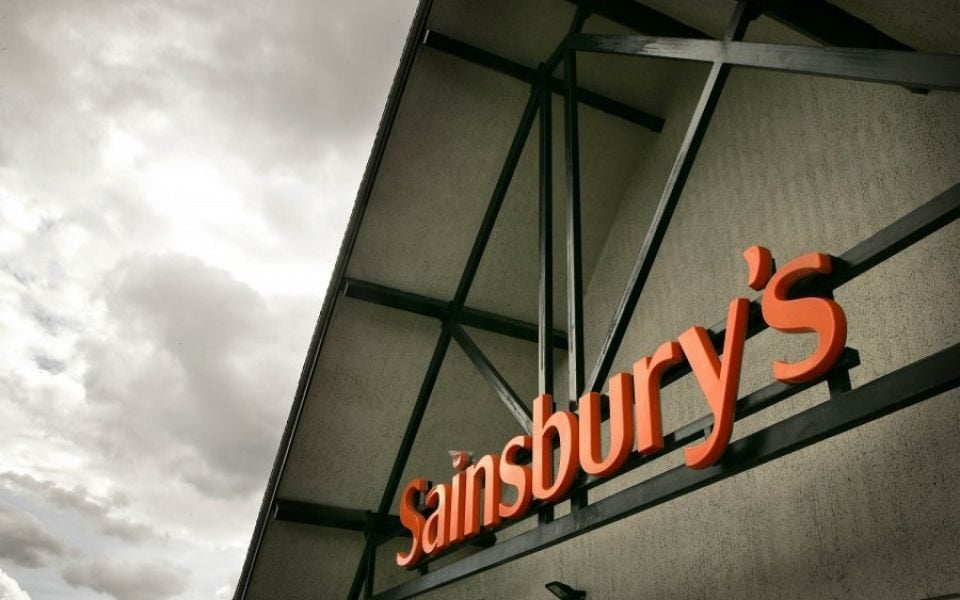 Sainsbury’s profits tumbled 42 per cent last year as the supermarket giant spent £46m on its failed merger with Asda, it revealed this morning.

The supermarket suffered a body blow last week when the Competition and Markets Authority (CMA) banned the proposed merger “in its entirety”, a year after Sainsbury’s revealed the talks.

Shares rose five per cent as markets opened, however, as the supermarket squeezed a 7.8 per cent rise in underlying profits through £220m cost savings, despite an “increasingly tough and competitive retail environment”.

Sainsbury’s said that without the exceptional charges, underlying profit rose 7.8 per cent to £635m for the year.

Shares in the supermarket chain have fallen 15 per cent in the last 12 months, and earnings per share fell from 13.3p last year to 9.1p this time around.

Nonetheless, Sainsbury’s announced a 7.8 per cent rise in its full-year dividend to 11p per share.

On top of the £46m spent on the attempted merger with Asda, the embattled supermarket chain’s profits were hampered by hundreds of millions of pounds worth of charges last year.

After an October High Court judgment, Sainsbury’s was forced to pay out £98m for equalising historic pension benefit disparities between men and women.

It also spent £81m on retail restructuring, as the firm implemented changes to in-store management structures, while £40m went towards completing the integration of Argos into the business, a process which began in 2016.

Investment director at Fidelity Tom Stevenson said: “Mike Coupe is in desperate need of some good news. Today’s full year results provided the beleaguered Sainsbury’s boss with some but maybe not enough.

“A bottom-of-the-table Easter sales performance showed why the Asda deal was a necessity. Today’s earnings announcement shows the mountain Sainsbury’s has to climb as a stand-alone operator in a fiercely competitive market.”

Coupe is now under pressure to present a convincing plan B for Sainsbury's shareholders after his £7.3bn merger with Asda failed at the final hurdle.

Ian Forrest, investment research analyst at The Share Centre, said Coupe and the management will now fall under heavy investor scrutiny as they chart a new path forwards.

“There is now considerable pressure on the management, especially chief executive Mike Coupe, to show Sainsbury’s can succeed despite the setback,” he said.

“The company is investing in parts of its store network, which is badly needed, and recognises the need to develop its online sales. We suggest a medium risk hold but we could not argue with investors who decide to jump ship.”

Meanwhile, Richard Hunter, head of markets at Interactive Investor, warned that now Sainsbury’s is at risk of a takeover approach.

“It is now incumbent on Sainsbury’s to re-energise the investment community, where the current market consensus of the shares as a sell may be difficult to budge,” he said.

“Further investment in stores as well as consolidating the company’s relative success in both convenience and online, whilst strengthening the balance sheet are all worthy targets.

“It remains to be seen whether this actually represents a fresh strategy, or whether indeed it will mark a return to where Sainsbury previously found itself.”

Chief executive Mike Coupe did not reference the failed Asda deal in his statement, but said increased underlying profit and reduced net debt was down to “the hard work of colleagues across the business”.

“We completed the integration of Argos that we set out in 2016, delivering £160 million in synergies ahead of schedule. We completed a major transformation of how we run Sainsbury's stores and have made significant improvements to store standards in recent months, which remain a focus.

“I am confident in our strategy and also clear on what we need to do to continue to evolve the business in a highly competitive market where shopping habits continue to change.”