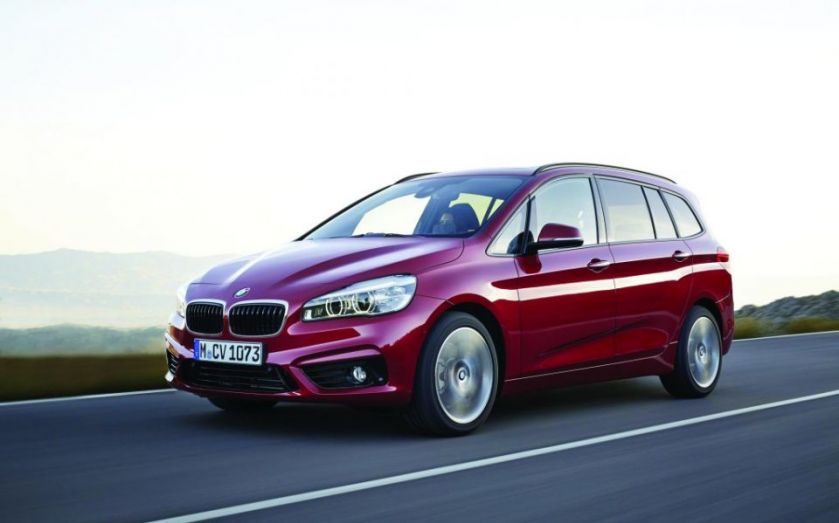 Remember those BMW ads with the tagline “The Ultimate Driving Machine”? The Bavarian brand built its reputation on sporty saloons with straight-six engines and rear-wheel drive.
Unfortunately, the 2 Series Gran Tourer falls short of being the ultimate driving machine. BMW’s seven-seat MPV is a stretched version of the Active Tourer that shares its front-wheel-drive platform with the Mini Countryman. So forget about driving for now and look at this car for what it is: a premium people carrier.
To some, that might sound like a contradiction in terms. People carriers are practical and prosaic, not luxurious. Yet the Gran Tourer is unmistakeably a BMW, with wedgy styling, a low-slung driving position and a high-quality interior.
That spacious and versatile cabin is key to the Gran Tourer’s appeal. The second-row bench fits three child seats across it, so you can carry three sprogs and still have room for buggies in the boot. Alternatively, you can sacrifice boot space and make use of the two rearmost seats. These are a tight squeeze for adults, but ideal for kids, with plenty of cubbyholes to stash their stuff, plus a 12v socket for the obligatory iPad.
With all the rear seats folded, luggage space is a whopping 1,905 litres. That’s more than in any other BMW ever made and on par with a small van. However, it’s disappointing to discover the second-row seats don’t lie completely flat, making it tricky to slide in that surfboard (as demonstrated in BMW’s brochure) or washing machine (the most likely scenario in real life). Fortunately, an electric tailgate is standard, and you can opt for a hands-free sensor – just wave your foot under the rear bumper and the boot pops open.
So the car is pretty practical, but it feels suitably upmarket, too. BMW used to make buyers fork out extra for a radio, but even entry-level SE-spec Gran Tourers come with sat nav, DAB radio, two-zone air conditioning and alloy wheels. The – long and expensive – options list offers up super-bright LED headlights, heated seats, parking sensors and in-car internet.
The punchy 220i borrows its 2.0-litre petrol engine from the Mini Cooper S. It’s fleet-footed for an MPV and sounds great, although fuel economy could be better; the 1.5-litre 218i petrol is cheaper and more efficient. 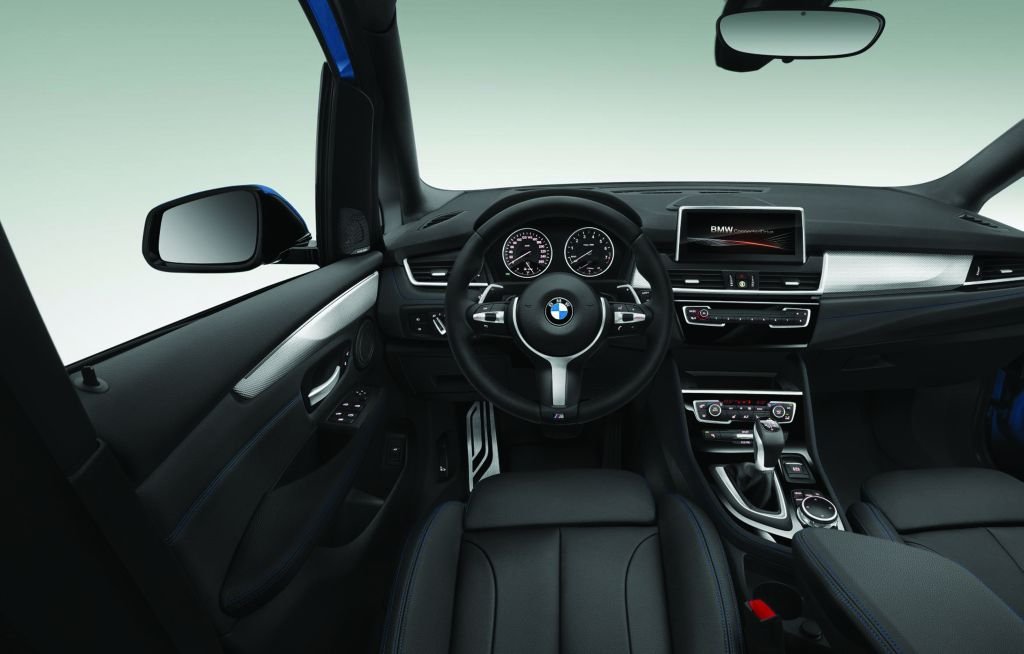 Inside the BMW Gran Tourer

Most buyers will opt for a diesel engine, though. We tried the range-topping 220d, fitted with BMW’s xDrive four-wheel drive. It’s quiet, quick and efficient, eking out about 13 more miles per gallon than the 220i. Unfortunately, it’s far from cheap, at £32,540. But if you need all-weather traction, without the ability to drive off-road, this 4WD MPV makes an interesting – and less ostentatious – alternative to a 4×4.
We’ve already established that the Gran Tourer won’t trouble an M3 – or even a standard 3 Series – on a twisty road. Lose those “ultimate driving machine” preconceptions, though, and you’ll find a car that’s comfortable, refined and enjoyable to drive. The boxy BMW might look odd being hustled along a country lane, but its agile handling can still make you grin. A word of warning, though: racy M Sport versions have a much firmer ride, thanks to stiffer suspension and larger wheels. It’s a simple case of try before you buy.
If you’re not sold on the idea of a premium people carrier, the 2 Series Gran Tourer is unlikely to change your mind. Equally, if you’re set on a premium badge, pointing out that a fully-loaded Citroen C4 Grand Picasso is still much cheaper won’t sway your decision either. While it’s clear the Gran Tourer isn’t for everyone, it’s still a capable all-rounder that’s carved out its niche.
Tim Pitt works for motoringresearch.com