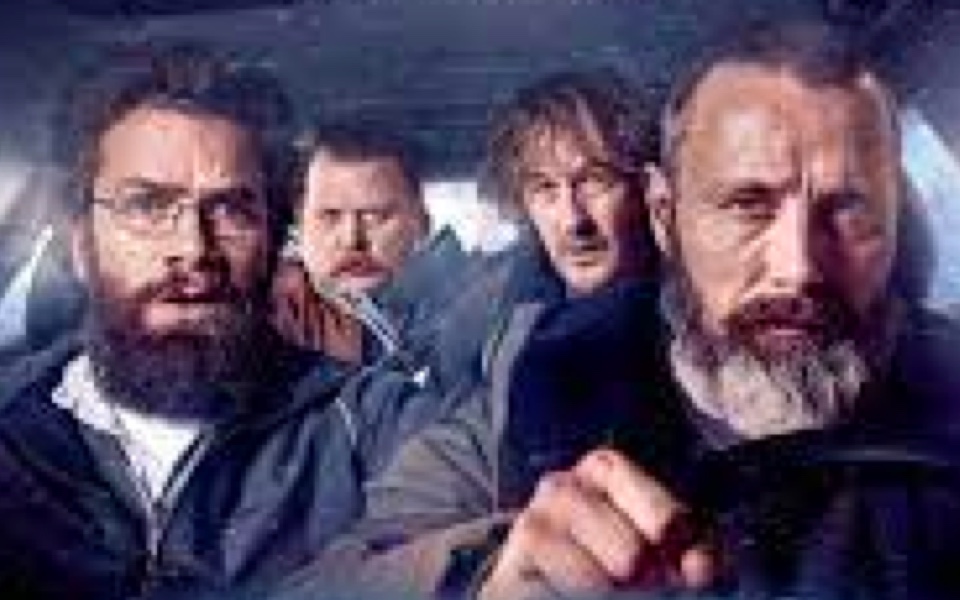 Tragedy, probability, and Mads Mikkelsen meet in comedy Riders of Justice. The Danish film beat Mikkelsen’s Oscar winner, Another Round, to claim the highest opening weekend for a homegrown film in 2020. As it turns out, the two films could not be more different.

Anders Thomas Jensen directs this dark, humorous tale of the aftermath of a train crash that kills Emma (Anne Birgitte Lind), a mother who is taking her daughter Mathilde (Andrea Heick Gadeberg) on a day out after their car broke down and Mathilde’s bike was stolen. Also on the train is Otto (Nikolaj Lie Kaas), an expert in probability who notices a small detail that suggests the crash was a criminal hit. Dismissed by the police, he and his staff approach Emma’s grief-stricked husband, soldier Marcus (Mikkelsen), and the unlikely group embark upon a quest for revenge.

The randomness of life is eloquently portrayed in a comedy with a grim but hopeful outlook. Jensen builds a charming alternate family of people dealing with grief in their own ways. Making sense of the senseless is at the heart of the story, but there is enough humour in between to prevent this from becoming a dirge. Some of the twists are a bit of a stretch, but the performances create a great fondness for this imperfect ensemble.

At the risk of repeating ourselves, Mikkelsen is brilliant. Last month’s Another Round saw him shine as a suburban teacher who likes a drink, and here he morphs himself into something completely different. With a shaved head and big Desert Storm beard, he is tragic and intimidating as a man who cannot bring himself to believe in anything. One heart-breaking scene, in which he bluntly explains to his grieving daughter that her mother is just ‘gone’, should make you hate him. However, the skill of his performance lets you see the pain that brings about such heartlessness.

Throughout Riders of Justice there are characters who could happily be the star of their own movies. Lind forms a bond with group member Lennart (Lars Brygmann) as the latter pretends to be a therapist to cover up the revenge plot. Cohort Emmenthaler (Nicolas Bro) is there for the laughs as the surveillance genius who flies into a tantrum over poor quality monitors, while Kaas adds some depth to the piece as a man driven by personal guilt. The gangsters they pursue are fairly nondescript, befitting a film that’s more about emotional breakthroughs than gunplay (although there is some of that too).

The title and posters for Riders of Justice suggest a Taken style Geri-action flick, which this certainly isn’t. It is, however, a thoughtful comedy about those who are left behind by tragedy, and how the numbers don’t always add up to something meaningful.

Riders of Justice is in cinemas from Friday