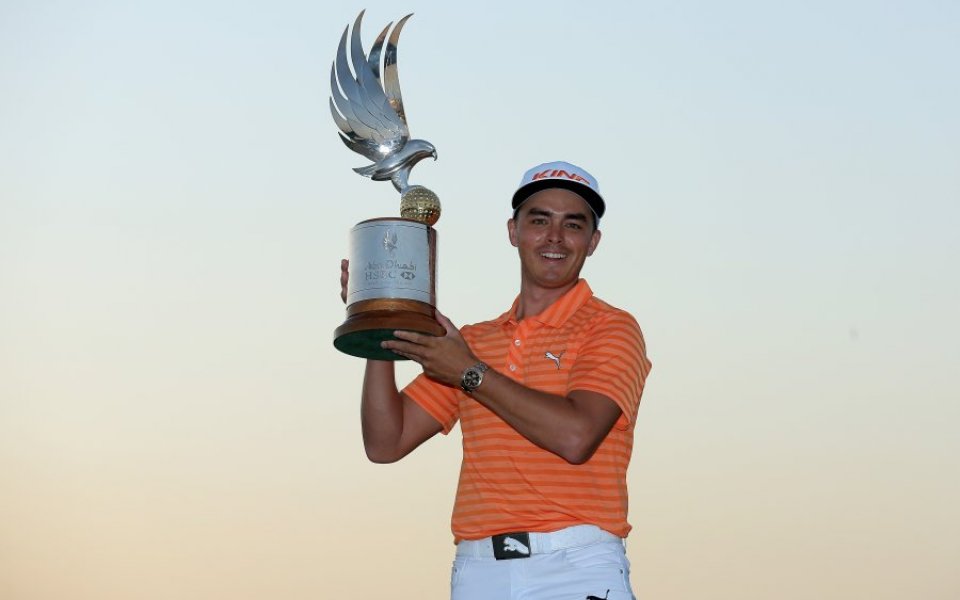 The spotlight was on Rory McIlroy for what was his first tournament of the year – the Abu Dhabi HSBC Championship, which finished on Sunday – and it has to be said he did very little of note all week.

Despite that, the Northern Irishman finished just two shots behind eventual winner Rickie Fowler and generally looked his usual self, which in McIlroy’s case means magnificent.

He will be more than satisfied with that outing, not least because he ended three strokes better off than world No1 Jordan Spieth, who had started the season in such blistering form.

McIlroy will have spotted Spieth’s final score of 11 under par – the American was in an earlier group – and resolved to overtake him. He finished on 14 under after picking up five shots in seven holes.

It was a fantastic win for Fowler, however. I love him as a player and his chip in for birdie at the 17th was nothing short of sublime.

The American’s breakthrough came last May at The Players Championship – sometimes known as the Fifth Major – shortly after it had emerged that some of his fellow professionals considered him overrated.

That was an enormous moment for him and, though he didn’t match his 2014 quartet of top-five finishes at the Majors, I think he has only gone from strength to strength since.

Abu Dhabi was his fourth title in nine months, and the next step has to be winning a proper Major. I believe he can do it this year; he has a great game and the putting stroke of a genius.

Fowler, 27, has also set his sights on breaking the dominance of golf’s big three: Spieth, McIlroy and Australian Jason Day. That's a tough task as that trio is extremely strong.

It’s a little like the situation Andy Murray faced in tennis a few years ago, when trying to challenge Roger Federer, Rafael Nadal and Novak Djokovic. Yet Andy did it, so why can’t Rickie?

Finally, what a great display by Belgian youngster Thomas Pieters to finish just one shot behind Fowler, birdying the last and only narrowly missing out on a play-off.

Compatriot Nicolas Colsaerts is a friend of mine and has mentioned Pieters as one to watch over the years. The 23-year-old is a giant, swings the club like a god, and, I suspect, might just make the Ryder Cup team.