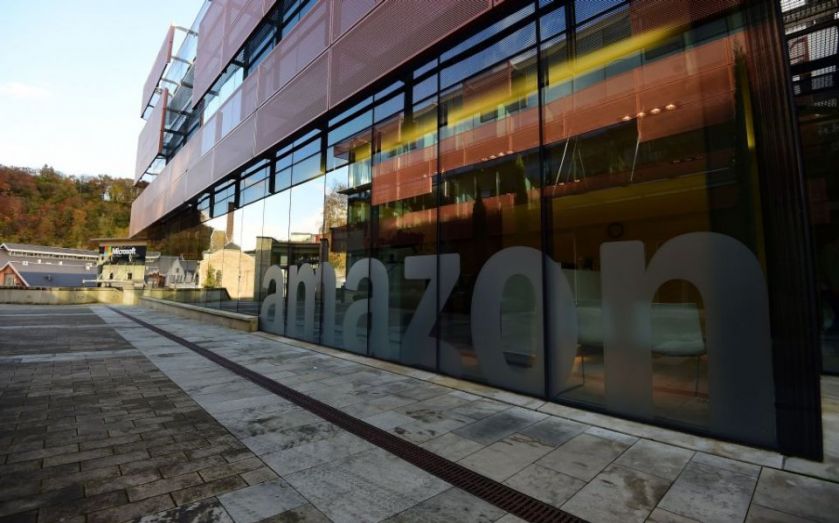 A filing with Companies House showed Amazon's UK division recorded a profit of £34.4m during the period, paying out £11.9m in tax.

UK sales accounted for 9.4 per cent of Amazon’s global turnover, and was reflected by a rapid expansion in the UK. Some 7,722 staff were working in warehouse, procurement, software and other roles during the year, up from 5,912 in 2013.

During Cyber Monday, 1 December 2014, Amazon said it recorded sales of 64 items ever second, just days after Black Friday when Amazon UK recorded its busiest day on record. Recording more than 5.5 million goods, the company said that sales "surpassed all expectations".

Amazon’s Luxembourg arm, called Amazon EU Sarl, took in the £5.3bn of sales. However, as the British-based Amazon.co.uk Limited subsidiary recorded a profit of £34.4m, the resulting tax bill stood at £11.9m, according to results filed at Companies House.

The accounts say that Amazon.co.uk Limited does not sell goods online to British shoppers – as Amazon EU Sarl does this instead. Amazon.co.uk Limited’s more modest turnover of £679mn comes from providing “fulfilment and corporate support services” to the group’s arm in Luxembourg, which is a tax haven.

The company has been heavily criticised for its tax contributions to the UK. However, it has pointed out that it routes most of its EU-based transactions through its Luxembourg-based subsidiary.

The company also needs to be judged on the overall value it adds to society, such as next day fulfilment of consumer goods, says Dr Eamonn Butler, director of the Adam Smith Institute.

However, the news came a month after Amazon opened taxable branches in its main European markets, including the UK. This suggests tax revenues for HM Revenue & Customs will increase, as it will claim on all Amazon sales with British online shoppers.

But the increase is unlikely to be large, the electronic retailer has warned, as the tax will be based on profit and not revenue.