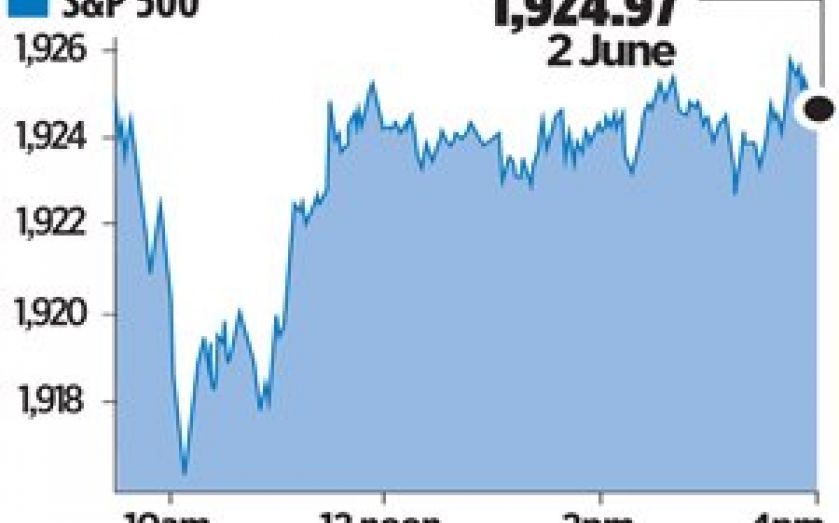 A MAJOR stateside data firm faced embarrassment yesterday when it was forced to admit a US economic release that moved markets was inaccurate, and had to be corrected twice. The manufacturing PMI for May from the Institute for Supply Management (ISM) was originally announced as 53.2, a drop from the previous month. When the mistake was corrected, the score rose to 56, an improvement on April’s figure. ISM then had to issue a third statement, saying that the figure should have been 55.4. Any figure above 50 indicates growth. ISM blamed a software failure for the gaffe, which applied the wrong seasonal adjustments to the raw survey data. The S&P 500 fell from over 1,925 at the beginning of the day to just below 1,916 as the original figure was released, but almost all of the drop was reversed as the error became clear. It later closed at a fresh record high of 1,924.97. “What a mess at the ISM. Perhaps they should invest in some new quality control procedures,” aid Rob Wood of Berenberg bank. “They say that the third time is the charm. Let’s hope so for the ISM’s sake,” added Paul Ashworth of Capital Economics. The revisions put the index much more closely in line with Markit’s manufacturing PMI, which came in at 56.4 yesterday. Both surveys now suggest the US economy is strengthening, following a slump during the early months of the year.