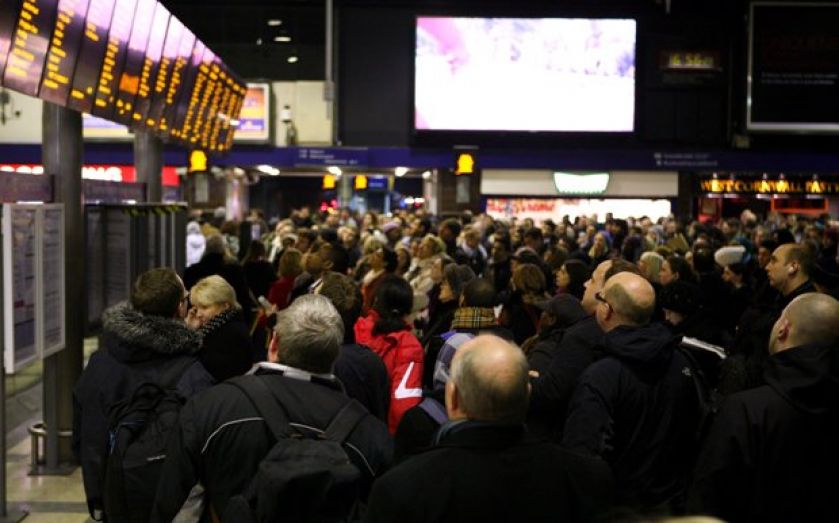 Delays on our commute are frustrating, but after a bit of a rant at whoever you first see when you eventually get to your destination, they tend to be something most of us put up with.
But not six-year-old Ella Porter, who has written a letter to the bosses of Southern, complaining that her Dad is “always late home” and that the cost of his travel card “is why I can't go to Disneyland”.
"I miss him very much because he always used to tuck into bed. This makes me upset," she wrote. "Please get him back on time."
Ella's father Neil, a senior graphic designer for Moshi Monsters parent company Mind Candy, tweeted and Instagrammed a photograph of her letter, prompting a massive response from fellow commuters, as well as a tweet from Southern itself.
https://twitter.com/neiltonyporter/status/556015341168779264
https://twitter.com/SouthernRailUK/status/555826780658212866
The criticism seems fair: Southern was recently outed as being the operator behind “the Train of Shame” – the 7:29am service from Brighton to Victoria which last year was late every day.
The network is also one of those affected by the works at London Bridge, which have led to commuter chaos on more than a few occasions in recent weeks. Even today it has tweeted of a cancelled journey between London Bridge and Uckfield.
https://twitter.com/SouthernRailUK/status/557164992840364032
On its website, Southern says:

London Bridge: Southern and Network Rail apologise for the disruption and delays at London Bridge recently.

The new track layout on the approach to the station has meant that so far, it has been a challenge to deliver the new timetable.  We have reviewed this and made some changes to a small number of peak time train services.