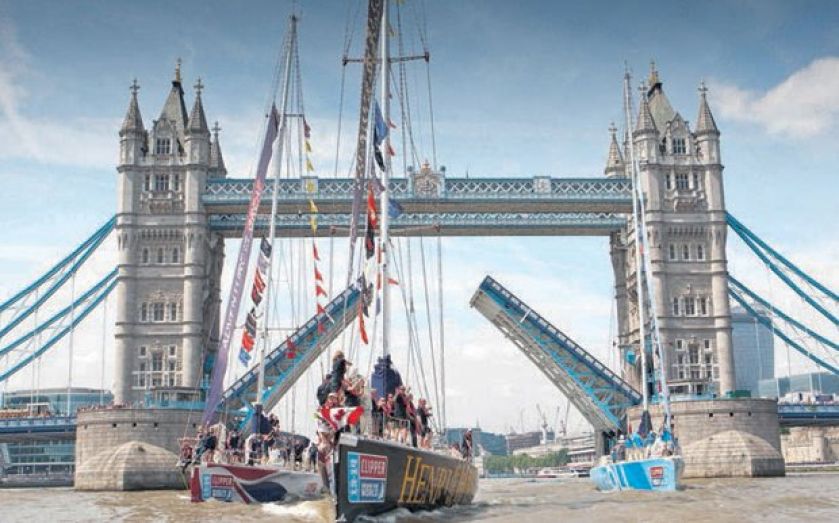 Clipper Round the World Yacht Race sailors were splashing the champagne about as they arrived back in London over the weekend after a 40,000 mile round the world race.
With entrants from firms including Goldman Sachs, UBS, Credit Suisse and HSBC, critics might label this sprinkling of sparkling as City excess. But organisers were quick to point out the “quantitative easing” efforts of the racers – and their austerity while braving the high seas.
“After an austerity budget on board of £3.50 per person, per day for all food, drinks and snacks, the novice sailors have made the most of their downtime in the 16 global ports in 11 countries they have visited,” said a race spokesman.

“The recent Derry Londonderry, Northern Ireland stopover delivered £5m to the economy through hotel, restaurant and bar spends.”
When you put it like that, The Capitalist can see that the 670-strong crews’ visits to Rio de Janeiro, Sydney, New York, Singapore and Cape Town could be described as economic altruism.
No doubt the return home, with Henri Lloyd (pictured) leading the fleet through Tower Bridge and onwards to St Katharine’s Dock, brought a welcome filip to the capital’s economy too.