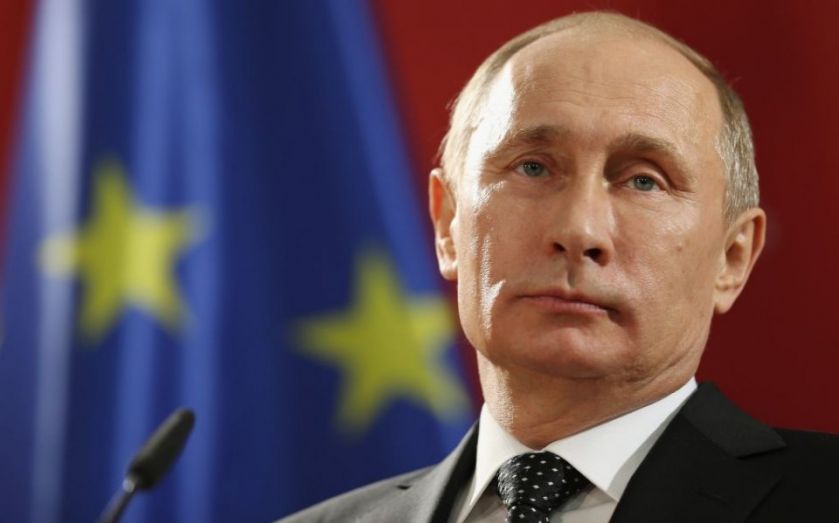 Vladimir Putin once said “There is no such thing as a former KGB man.” The problem in dealing with the present Russian Tsar is that he knows far more about our weaknesses than we do about his.

Coming to maturity as a KGB officer in eastern Germany, the young Vladimir Putin’s tradecraft involved incessantly analysing his counterparts, probing for flaws in the Western model to exploit.

In essence, his job description has not changed.

Because now, in the present Ukrainian crisis, Putin has seen that the negative Western tendencies on display during the last days of the Cold War have fully calcified into ritualised positions on both sides of the Atlantic. In response to the two most dangerous words in the foreign policy lexicon – “Do something!” – America invariably thinks in unhelpful military terms, while the Europeans cannot wait to have another meaningless meeting. In both cases, it is the illusion of action that has become the narcotic, rather than solving foreign policy crises.

The Europeans act as if the rough and tumble of international affairs is a debating society, where the truth of their arguments and their innate goodness will somehow transcend the naked realities of power. Like all bad analysts, they never cease to be surprised when the world does not work as they hope it will.

And the Americans are no better, taking the adage “if you have a hammer, every problem looks like a nail” to the extreme. President Obama is showing signs of bowing to the usual ill-informed, misguided hawkishness of Congress, declaring he is actively considering arming the out-gunned Ukrainians as they try to hold off the Russian-backed separatists in eastern Ukraine.

To save us all a lot of heartache, I’d suggest that we club together and buy Congress a map to explain the following: it will always be far easier for next-door Russia to resupply its allies than it will be for the West to change the balance of military power on the ground in Ukraine. Such a mindless policy foolishly challenges Putin in his greatest strengths – military power and geographic proximity.

In both cases, I suspect that neither Europe nor the US particularly want to do good – they just want to feel good. The present crisis in Ukraine is not about solving the problem, it’s about appearing to care about the problem. We are certainly not fooling Putin. It’s worse: we are only fooling ourselves.

There is a grown-up way forward if we truly care about the future of Ukraine (and, incidentally, the continued relevance of the Western alliance). We can cut a deal with Putin along these lines: Ukraine will be constituted as a neutral state, neither fully in the Russian orbit, nor ever a member of Nato or the EU.

The country’s new constitution will be a federal document with large amounts of power being devolved to the local level – thus safeguarding the Russian-speaking minority. The International Monetary Fund (IMF) and the rest of the West will pour aid into the country (last week’s deal envisages $40bn (£26bn) over the next four years), in return for dramatic structural reforms – as well as a massive drive against the endemic corruption that is such a part of Ukrainian life. It must be made very clear to Kiev that any failure to follow through on economic reform amounts to their absolute last chance.

But Putin must also be made aware that this is his last moment of reckoning as well. It must be made crystal clear to him that a failure to abide by Ukraine’s genuine neutrality (think of Austria during the Cold War) will mean the US will immediately cut him out of the global banking system, the Society for Worldwide Interbank Financial Telecommunication (SWIFT). Given the horrendous state of the Russian economy, his days will surely then be numbered.

In other words, both the Europeans and Americans have to think again. And we must prove to that former KGB man that while the West has almost endless weaknesses, it also possesses the magical ability to renew itself.