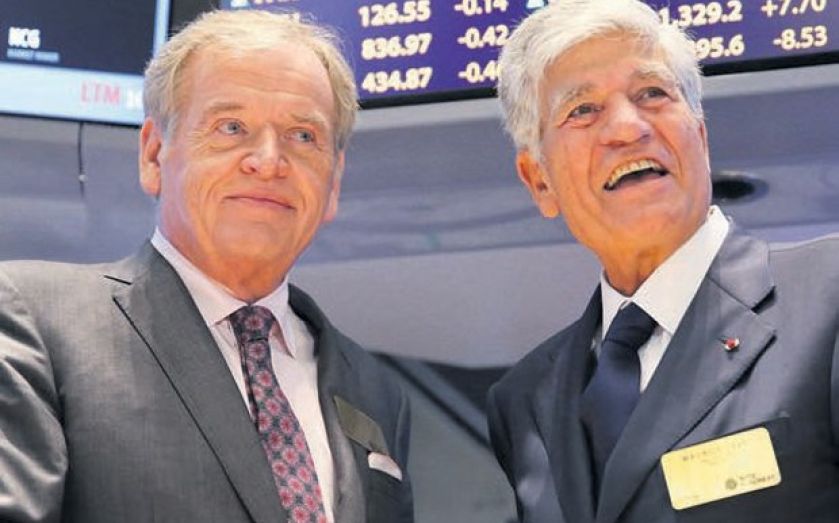 FRENCH ad group Publicis, which is merging with US peer Omnicom Group, stuck to its target for higher full-year organic sales growth yesterday despite revealing a slowdown in the third quarter on weaker emerging markets.

Publicis also forecast a further improvement in growth next year following the expected completion of the merger in the first quarter of 2014, underpinned by demand in the US and expansion in digital advertising.

“Caution is required particularly since the global economic situation has come under the threat of government shutdown in the US,” chief executive Maurice Levy said. “We are nonetheless confident about 2013. As regards organic growth, the 2014 vintage holds greater promise,” Publicis added.

Publicis and Omnicom unveiled plans in July to combine to create the world’s biggest advertising group, worth some $35bn (£21.9bn), in what they presented as a “merger of equals”.

Omnicom had on Tuesday posted a higher-than-expected quarterly net profit, driven by advertising spending in its domestic market where revenue rose 3.2 per cent to $1.82bn.

Publicis expects full-year organic sales growth of between 3.5 and 3.6 per cent, against 2.9 per cent in 2012, as well as an improvement in its margin.

Market research group ZenithOptimedia, part of Publicis, last month stuck to its forecast for global ad spending to grow 3.5 per cent this year, indicating the market was stabilising.

Publicis said third-quarter growth slowed to 3.5 per cent from five per cent in the previous three months, because of a temporary slowdown in China, economic difficulties that hurt investment in India and underperformance in Russia. Sales totalled €1.675bn.

The US achieved good growth, however, with no signs so far of any impact from the partial federal shutdown, while Europe posted moderate growth for the first time this year, the company said.