Profits prosper in first half for recruiter Hays 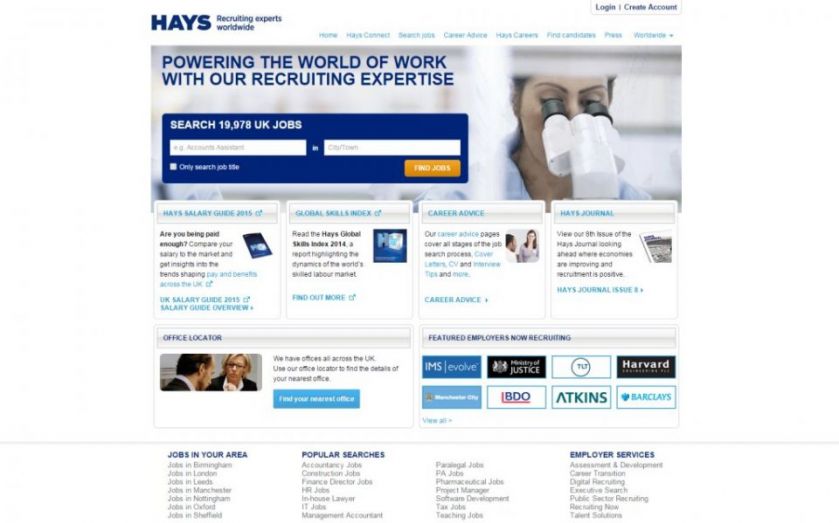 MultinationalL recruiter Hays yesterday reported a 30 per cent rise in operating profit to £81.5m, on a like-for-like basis, for the first half ended 31 December, despite substantial foreign exchange headwinds of £4.1m. Net fees for the FTSE 250-listed firm grew 10 per cent to £384m on a like-for-like basis, with profit before tax jumping 22 per cent to £77.3m. “Cost discipline and sales productivity impressed again in the first half, particularly in the UK,” said Jefferies analyst Kean Marden. The company’s UK & Ireland offering saw net fees jump 13 per cent, pushing like-for-like operating profit for the region up 113 per cent to £21.1m. Elsewhere, in the Asia-Pacific region, net fees grew eight per cent, with operating profit up seven per cent; and net fees for the continental Europe and the rest of the world division rose nine per cent, boosting operating profit by 21 per cent. Chief financial officer Paul Venables told City A.M.: “We’ve seen a general improvement in growth for all of our three regions. “Clearly, the stand out performer was the UK, with this now the second year of strong rebound. In our other two biggest markets, Germany performed well with a seven per cent expansion, and Australia returned to growth on five per cent. We’ve also done really well in converting fee growth into profit growth.”