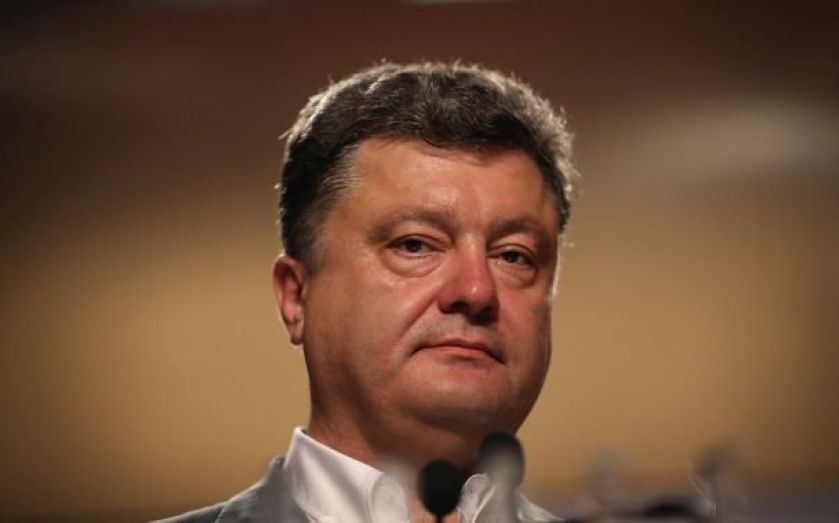 The Ukrainian president Petro Poroshenko has called upon the US to provide his country with military assistance as it attempts to combat pro-Russian separatist forces.
Poroshenko described Ukraine as being at the “forefront of the fight against terrorism”.
President Barack Obama has condemned Russia’s involvement in the conflict, but has so far limited US contribution to $60m in nonlethal aid.
Yet Poroshenko today told Congress that this was not enough: “Blankets and night-vision goggles are important, but one cannot win the war with blankets”, he said as he urged the US “not to let Ukraine stand alone in the face of aggression.”
Poroshenko argued: “Democracies must support each other. They must show solidarity in the face of aggression and adversity."
The Ukrainian president was received with rapturous applause from the House chamber, and finished his speech in emphatic fashion, saying: "‘Live Free!’ – must be the message Ukraine and America send to the world, while standing together. Thank you!"
Snippets from Poroshenko’s speech was captured in a series of posts on his official Twitter account:
Share
Tags: Ukraine crisis