Politicians live in a social media-driven world. Is this a good thing? 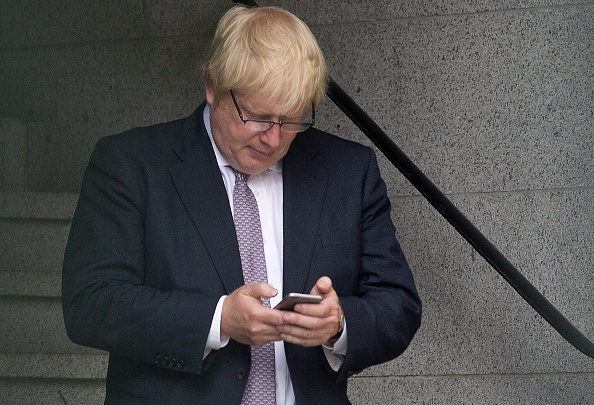 It’s odd to see a constitutional crisis be upstaged by a disposable cup. Yet that’s exactly what happened at the Conservative party conference this week. Amid the platitudes, lanyards, and infighting, it was a simple receptacle that took centre stage.

While TV cameras escorted Boris Johnson through the halls of Manchester Central Convention Complex on Tuesday, one of his entourage handed him a cup of coffee. Within milliseconds, it was snatched out of his hands by an angry adviser, who then murmured “no disposable cups”, fearing any unsustainable optics for their fearless leader.

Unfortunately for this aide, those three words were picked up by nearby  microphones, creating a vignette of the problems facing modern-day MPs.

The episode went viral in minutes, with Twitter’s algorithms pushing the clip to all corners of the country.

As a result, by 5pm that evening “#TheThickOfIt” – the infamous show depicting the fictional lives of hapless politicians and their advisers – was one of the trending topics du jour.

This is the brave new social world that our leaders live in. According to the online resource MPs On Twitter, 90 per cent of UK MPs now tweet. On the one hand, gaffes, missteps, and incorrect information fly around the internet faster than Rick Astley’s swinging hips. But on the other, members of the public now have immediate, personal access to their democratically-elected representatives. And with this directness, we see a more nuanced and authentic version of our politicians.

My favourite example of this is Olaug Bollestad, the Christian Democratic Party’s minister of agriculture and food in my native Norway. Taken at face value, you would make all kinds of assumptions about the character of Bollestad. Within Nordic nomenclature, the name Olaug is that of an austere great aunt who pinches your cheek at Christmas. That, coupled with her political party alignment, would likely lead to assumptions of traditionalism, formality, and stuffiness.

But Bollestad’s Instagram tells a different story. The 58-year-old’s profile is littered with photos of her asleep with her mouth open, cross-eyed staring at food, or of her husband in unflattering (predominantly topless) poses.

Here, social media is – in perhaps a semantically ironic fashion – providing unfiltered access to a person’s life. It’s through the social lens that politicians and the public can communicate without an intermediary.

And the public love it. On our platform, we’ve seen a dramatic increase in influencers and the public engaging with politics. Users found Rory Stewart walking through parts of the UK, fist-bumping like a lame dad at a kid’s birthday party, refreshingly candid. And it wouldn’t feel like summer without Ed Balls tweeting his own name and ruining the joke for everyone.

For sure, the increased role of social media in politics is a divisive issue. For every earnest look into a politician’s life, there’s a baseless conspiracy theory gathering momentum. For every Biden and Obama friendship meme, there’s an anonymous troll hurling abuse at someone they don’t know.

There is much progress that needs to happen to make social media more truthful and transparent. But I’m ever the optimist, and we all should be. It’s clear to me at least that Boris Johnson’s disposable cup is half-full.