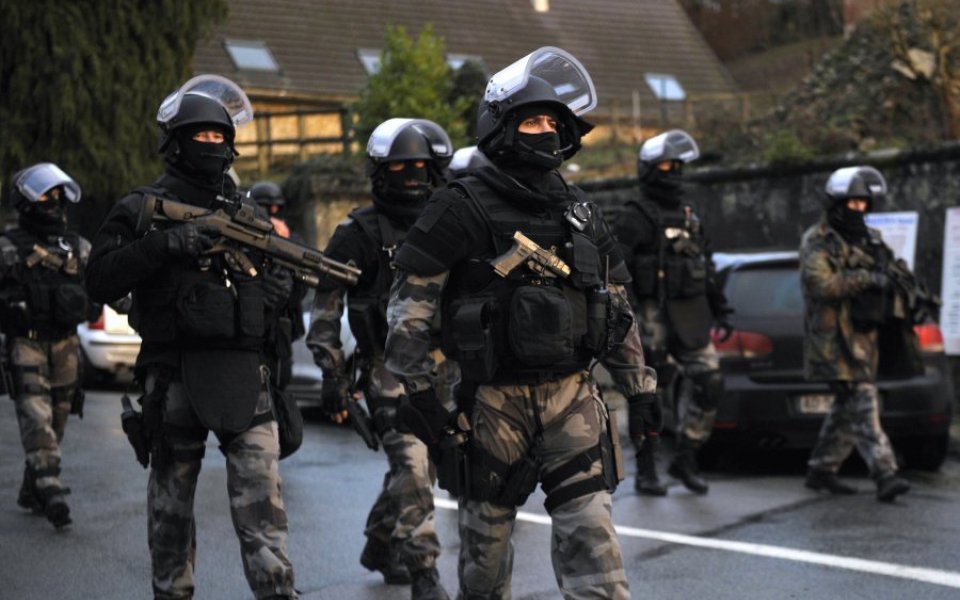 More than 150 anti-terror raids have been carried out by French police in the past few hours, and 23 people arrested, in the wake of the attacks on Paris this weekend.

Although they follow the attacks in Paris on Friday night, in which 129 people were killed and 350 injured, it is thought they have no direct connection with the incident itself, but have been carried out under the state of emergency called by President Francois Hollande at the weekend.

The state of emergency remains in place in France, with 1,500 troops deployed in "particularly strategic" locations throughout the country.

French police said they have identified one suicide bomber as 25-year-old Ahmad al Mohammad. He was found with a Syrian passport at the Stade de France. Another has been named as Samy Amimour.

Belgian police also carried out an operation in Molenbeek, Brussels. Local media is reporting that gunshots have been heard and the street has been cordoned off as officers with dogs raid a building and robots checked vehicles for explosives.

BREAKING: Molenbeek raid ongoing in front of us. Masked uniformed and plainclothes officers, together with dogs. pic.twitter.com/HP7nqw0vu5

Seven people were arrested by police, although five were later released.

Suspect taken away by police at #Molenbeek raid, in Brussels. pic.twitter.com/RrJ5omEjrO

This morning the UK government revealed plans to ramp up spend on security, specifically to tackle the threat posed by Islamic State, following both the attacks in Paris and the Metrojet crash, which is thought to have been caused by a bomb.

It comes as he revealed that the UK authorities had stopped seven attacks in the last six months.

The UK will be holding a one minute's silence at 11am today, in honour of the victims of the attacks.