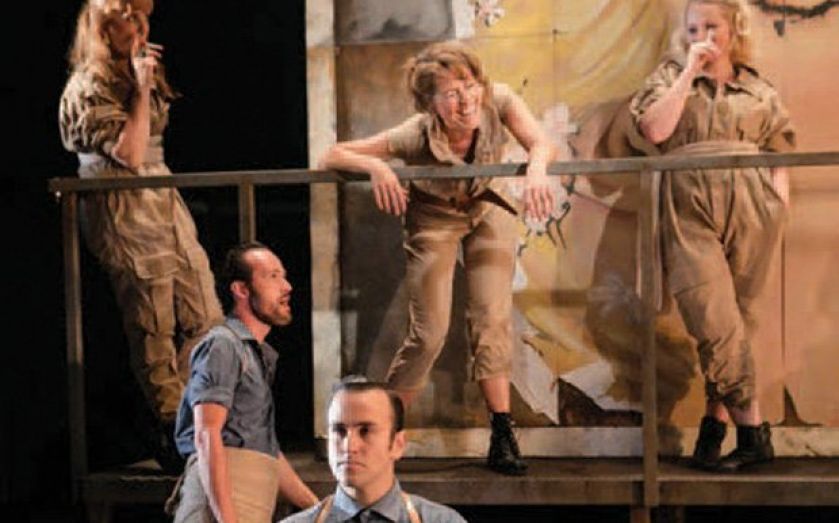 This pioneering OperaUpClose production of Carmen is raw and unpolished, and that’s why it works. The DIY set, inventive costume design and earthy, enthusiastic performances conspire to revivify this staple of the operatic repertoire.

Carmen is the tale of a sexually liberated woman killed by a culture of machismo. OperaUpClose has re-orchestrated it for a quartet and written a new English libretto. The story stays in line with the original, though the programme places it in a sobering social context: more than half of all women murdered by men in Britain were killed by a partner or ex-partner. This is no longer a love story.

The traditional interpretation of the narrative – that through her unfeminine carnality Carmen is the author of her own destruction – is rejected in favour of a reading that (correctly) assigns the blame to Jose, a weak, frustrated man whose good intentions are dashed by feelings of entitlement, shame, and the pathetic need to reassert control through violence.

The swooning emotional textures provided by a live orchestra are absent – music comes from an unobtrusive four-piece band at the side of the stage – but Flora McIntosh compensates with a vivid, psychologically rich portrayal of Carmen. She outshines Jose, and is such a resplendently colourful figure that her death, when it arrives in a shock of arterial spurts, is gut-wrenching. It’s a fittingly spectacular end to an exhilarating performance.