Where will London's newest Thames bridge be? Nine Elms bridge to be built 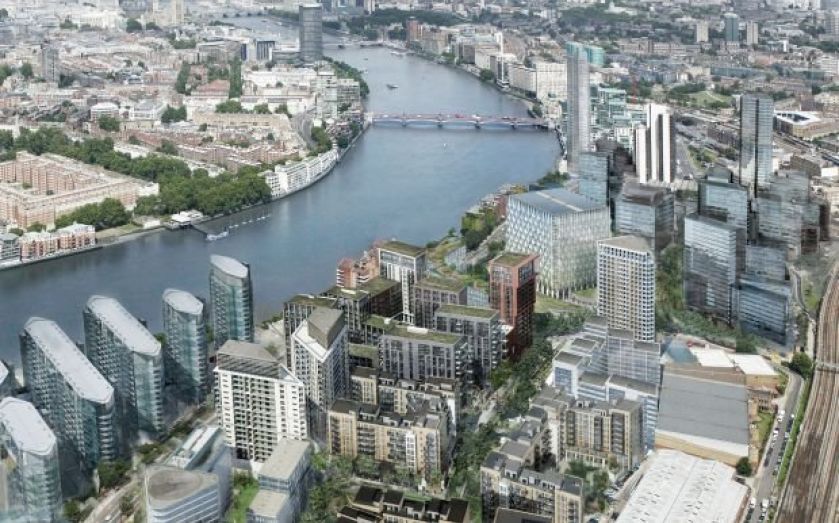 Wandsworth Council is set to launch a global competition to find a design for a new £40m bridge in west London.

The planned bridge will span the water at one of five possible locations, all linking Nine Elms to Pimlico.

The pedestrianised crossing will also provide a quiet route for cyclists, and is likely to become the first fixed bridge to take the name of a commercial sponsor.

Currently, the only sponsored transport across the Thames is the aptly named the Emirates Air Line, the Greenwich to Docklands cable car. Emirates paid £35m in backing for the project.

One of the mooted locations, option one on the map below, is alongside the proposed site for a new US Embassy which could boost investment possibilities from US companies.

The design contest will begin later this year with a shortlist announced in early 2015.

Click on the bridges for more information about their landing points.