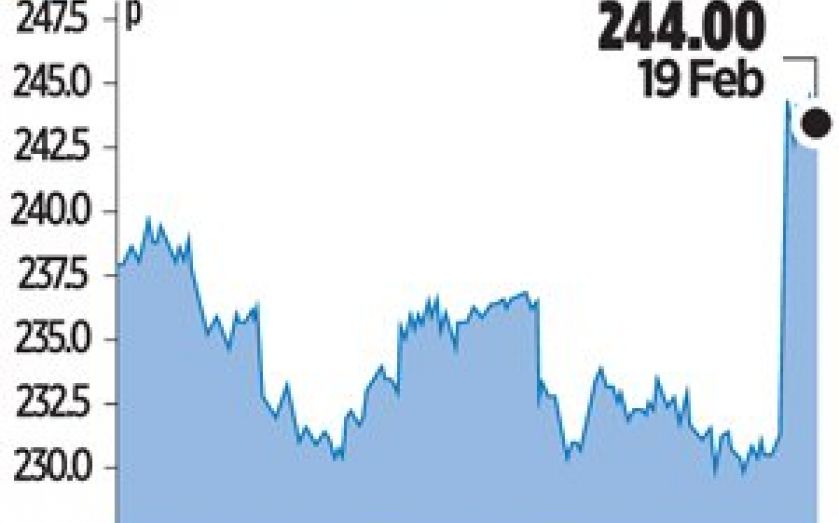 SHARES in Morrisons surged almost five per cent yesterday amid rumours that banks are working on a £5bn financing deal to support a private equity buyout of the struggling grocery chain.

The Morrison family, which owns a 9.5 per cent stake, has approached several private equity firms including Carlyle Group and CVC Capital with the view of taking Britain’s fourth largest supermarket private, according to reports last week.

“The size of the transaction, which could get as high as £10bn, could require a number of private equity players to team up, given the size of the equity cheque needed,” a senior leveraged loan banker told Reuters yesterday.

The talks come at a difficult time for Morrisons, which issued a profit warning in January after weak sales over the Christmas period. The company is trying to catch up with its competitors after years of operating without an online presence.

Analysts said that while they were doubtful that a deal would happen, Morrisons’ trading weakness made it vulnerable to takeover bids.

“It’s reasonable to assess that a number of investors will be looking at whether Morrisons represents an opportunity,”said Clive Black of Shore Capital.

Morrisons has declined to comment while former chief executive Sir Ken Morrison, told City A.M. last week he had no knowledge of the talks being held by his family’s trusts, which are run by the younger generations.

Shares in Morrisons, which have fallen 18 per cent over the last six months, closed up 3.9 per cent at 244p yesterday.