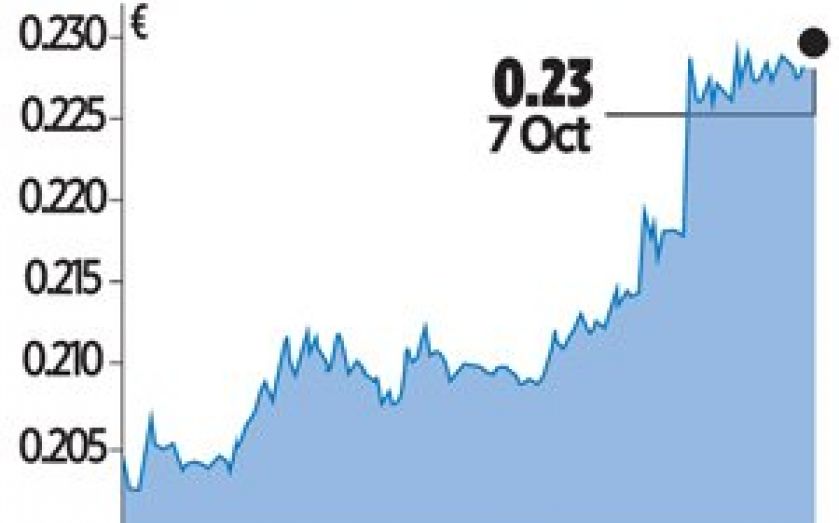 HISTORIC Italian bank Monte Dei Paschi’s board yesterday voted through a restructuring plan as part of the bailout given earlier this year.

It was given €4.1bn by the authorities earlier this year after huge losses on derivatives contracts signed by former bosses came to light. The 540-year-old bank wants to pay those debts back by 2017.

Monte Dei Paschi aims to make profits of €900m in 2017, a return on tangible equity of nine per cent, which it sees as a sustainable long term level. Its capital ratio will rise to 10 per cent by that year – 9.3 per cent on a Basel III fully loaded basis.
Operating costs will be cut by 4.8 per cent, and the cost to income ratio will fall from 58.5 per cent to 50 per cent, the bank hopes.

Part of that will be achieved by staff cuts, saving €500m, while another 150 branches will be closed on top of the 400 already shut.

Trimming IT spending will also contribute to the €440m it hopes to save on administrative costs.

The bank’s shares jumped 6.26 per cent on the day as investors welcomed the plan.