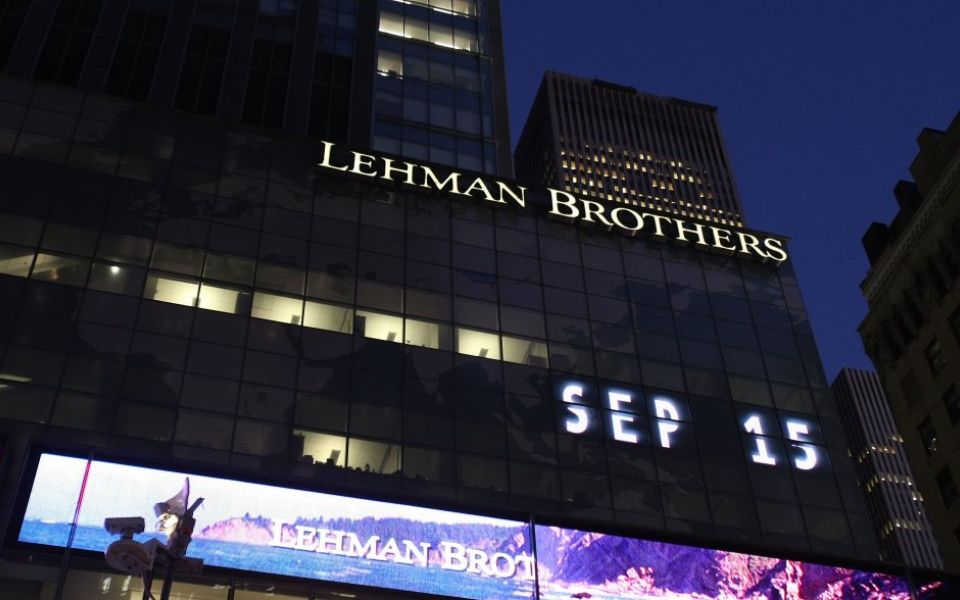 Ten years on from the collapse of Lehman Brothers and the deepening of the global financial crisis, the world seems to be a safer place.

Over the past decade there have been significant shifts in the world economy such that the imbalances that could lead to a crisis are less.

The risks haven’t entirely gone away, but they have shifted and are different to those of a decade ago.

The global financial crisis had its origins in a savings glut that built up as emerging markets, notably China, developed an excess of saving over investment.

Much of the excess capital ended up in the banking systems of the developed markets, particularly the US and UK, where it was fed into the economy at ever-easier terms, with an explosion in sub-prime mortgage lending. However, as the chart above shows, the surplus in the emerging world has disappeared while the developed countries have moved from deficit to surplus.

On the developed economy side, the swing into surplus was primarily driven by the eurozone, but the US also contributed to the turnaround with a sharp reduction in its deficit.

Meanwhile, on the emerging market side, the move from surplus to deficit has been driven by China and the oil producers. The fall in the Middle East surplus largely reflects the decline in oil prices.

For China, the overall current account[1] surplus has fallen as a growing deficit in services now offsets a significant part of the surplus on goods. This services deficit is largely due to the huge increase in Chinese outbound tourism.

Imbalances have fallen but risks remain

Overall, the reassuring news is that the scale of imbalances in the global economy is considerably less than ten years ago. However, we would draw out several areas of potential future stress.

1. The emerging markets are more vulnerable

The emerging markets are not running a deficit at anything like the rate of the developed world prior to the financial crisis and many economies remain in surplus. However, compared to the past the region is more dependent on external capital.

Driven by China, the emerging markets could move into deficit. Going forward the visible (goods) surplus is under pressure from the trade war as the US demands a $200bn reduction in its bilateral deficit with China. Second, the invisible (services) deficit is likely to continue to grow as more Chinese take trips overseas.

While the US economy is strong and interest rates have been rising ahead of the rest of the world there has been little problem in financing this imbalance, as reflected in the strength of the US dollar. However, as monetary policy normalises elsewhere, US assets will look less attractive and financing will not be on such favourable terms. This may ultimately force a retrenchment of fiscal policy and a spell of weaker growth in the US.

3. The inevitable appreciation of the euro?

The major imbalance today is between the euro area and the rest of the world. The imbalance is sustained by the European Central Bank’s (ECB) ultra-loose monetary policy which is driving investors out of the euro and into other currencies in search of yield.

The weak euro has been an important tool in the battle against deflation. However, the pressure for appreciation is always there given the region’s large current account surplus and while the ECB has so far been successful in preventing a sharp rise, eventually the currency will strengthen. Such a development would pose a significant challenge to the eurozone which is still struggling to generate sustainable 2% inflation and faces considerable growth challenges in parts of its periphery.

The flip-side is that the emerging markets have become more vulnerable to tighter global liquidity conditions. Moreover, there is a considerable challenge being faced by the eurozone which has become the “new China” in the world economy in terms of its current account surplus.

Consequently, in thinking about fault lines which could trigger the next crisis, we would focus on the eurozone which currently combines a current account surplus with a weak currency only through an extraordinary loose monetary policy.

In a perfect world, eurozone recovery would be accompanied by higher interest rates and a stable currency. In practice, this could prove a major challenge as the ECB attempts to unwind its stance without a significant appreciation of the euro and subsequent risk of derailing activity in the region.

There is a danger that, like Japan before it (another economy with a current account surplus and inability to create inflation) the eurozone will find itself stuck with a very loose monetary policy for an indefinite period.