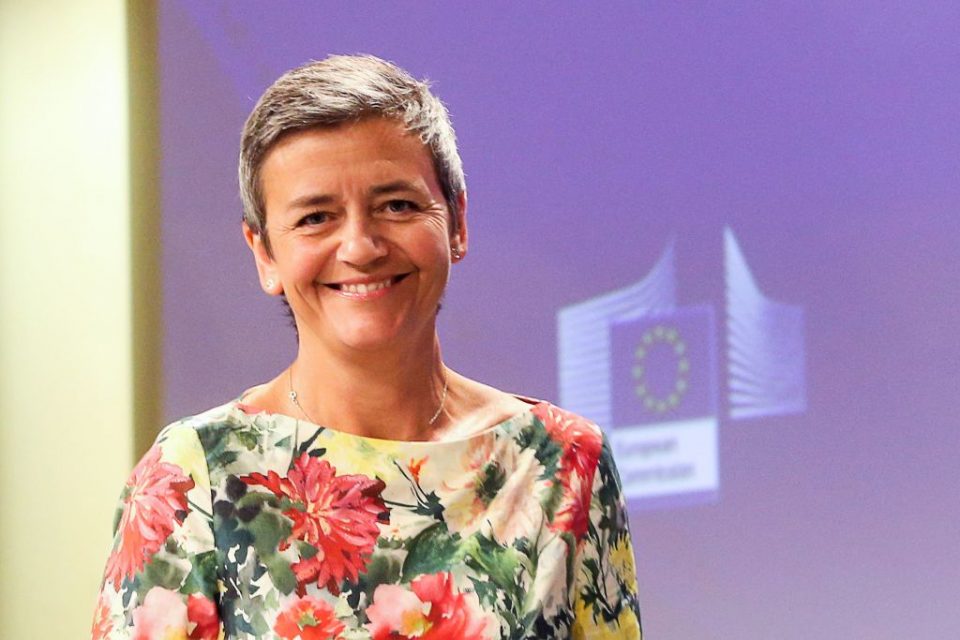 Margrethe Vestager has retained her role as EU competition commissioner in a blow for Silicon Valley tech giants.

Vestager, known for her formidable crackdown on tech firms, has also been appointed executive vice president tasked with making Europe “fit for the digital age”.

While Vestager was expected to take on the role of so-called super commissioner with a focus on digital, she was expected to relinquish her role as competition czar after a five-year stint.

The move will likely come as a blow to west coast US tech giants, who have felt the impact of the star Danish politician’s no-nonsense approach.

The competition chief has handed down fines of more than €8bn (£7.2bn) to Google and more than €100m to Facebook.

In addition, Vestager has also ordered Apple to pay back €13bn in unpaid taxes to Ireland, prompting President Donald Trump to dismiss her as the EU’s “tax lady” who “really hates the US”.

Vestager said she was “happy for and humbled by the task ahead”.

James Aitken, partner at law firm Freshfields Bruckhaus Deringer, said the appointment “clearly indicates that the technology sector will remain a top priority for competition policy and enforcement in Europe”.

“The tone set by commissioner Vestager is also likely to resonate with a post-Brexit UK Competition and Markets Authority, where the report from UK’s own Digital Competition Expert Panel chaired by Professor Jason Furman and the recently published digital markets strategy demonstrate a clear intention to keep the UK at the forefront of developing policy for competition law in digital markets,” he added.