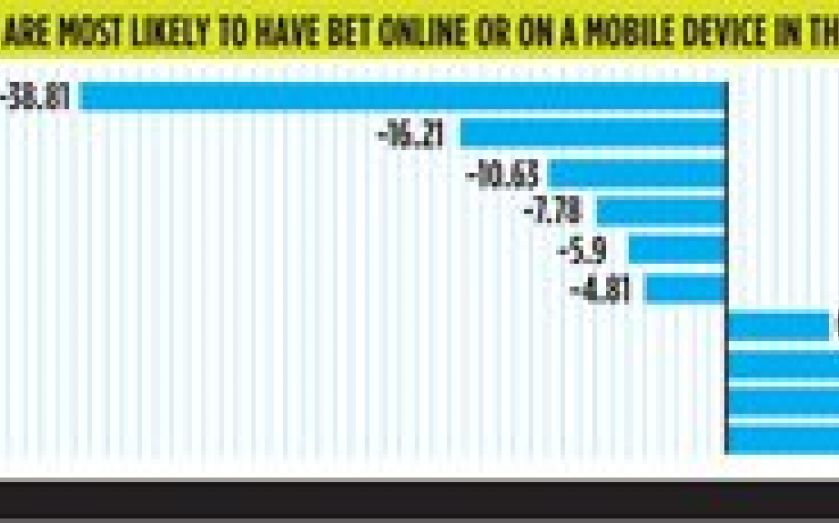 IT SEEMS the days of high street bookies are numbered, with a growing number of younger gamblers betting online.

Ladbrokes has been affected badly by this trend, announcing a first-half loss of £54.1m and the closure of dozens of shops in the UK and Ireland. It has also announced a merger with rival Coral as part of a bid to cut into William Hill’s market share, and to take on the online companies.

Gone are the days of the traditional betting man – a middle-aged racing obsessive, who spent his lunch break or Saturdays in the bookies.

Our profiles data shows that middle aged men are still important to the survival and indeed increased numbers overall of high street betting shops. But now the battle is on to attract the younger, male gambler to online platforms that is characterising the new face of the industry.

Using YouGov profiles, we see that compared to a nationally representative sample, males aged 25-34 are the most likely to bet on an online bookmaker or via mobile in the past year. Men over-55 were even less likely to do this than 18-24-year-old women.

Betting firms have been criticised for a number of reasons – some people are unhappy with the alleged overwhelming presence of bookies on high streets, with accusations that they are exploitative and drag increasing numbers into a spiral of debt and addiction. Others say it is simply too easy to bet these days. Countering these accusations will be key to attracting more customers both online and in store.

Stephan Shakespeare is the executive director of YouGov