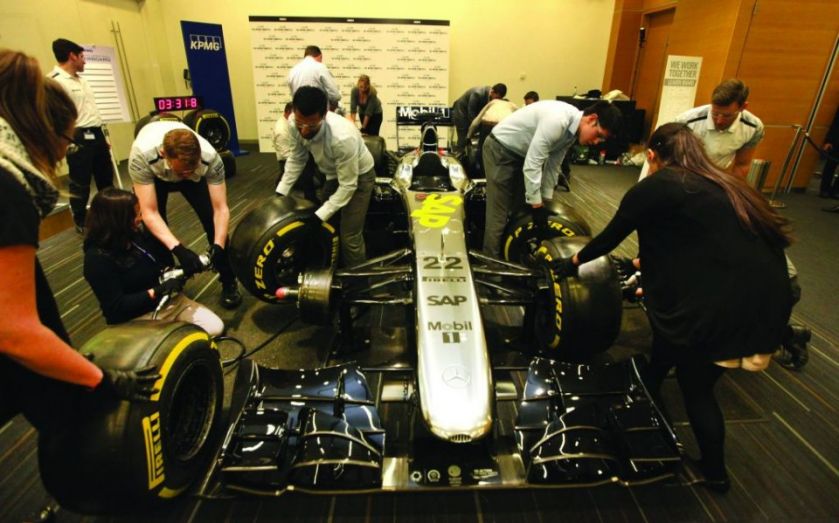 McLaren’s F1 pit stop teams have a record of changing all four tyres on their car in two seconds – yes two.
We doubt anyone in the City could do a better job but that’s not stopping KPMG from having a serious go.
Following the announcement of KPMG’s alliance with McLaren Group, which will see the big four firm use McLaren’s predictive analytics in its audit services – McLaren leant the firm an F1 car for yesterday and today and will be testing KPMG’s muscles with its pit-stop challenge.
Naturally, at KPMG there’s a Top Gear-style leaderboard for the challenge and winners will be getting prizes (as well as lots of respect) this afternoon. Not bad for a day at the office.
KPMG isn’t the only firm benefiting from McLaren’s innovations though.
GlaxoSmithKline hired McLaren’s tech to improve the output of its toothpaste manufacturing line in Maidenhead. Now that’s some fresh thinking, arf arf.