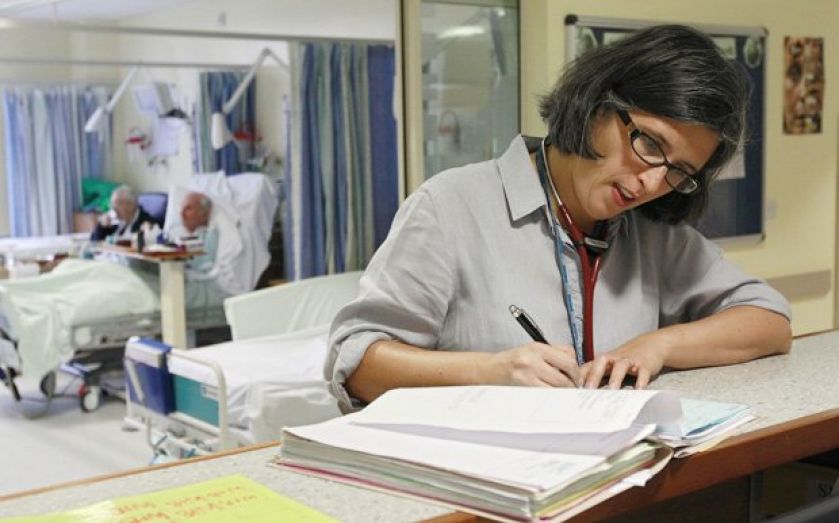 WITH Monty Python at the O2 arena and ongoing coverage of the NHS, I was reminded last week of the Python sketch showing a lady giving birth. Unfortunately for her, the doctors played by John Cleese and Graham Chapman are more interested in impressing the hospital administrator by surrounding her with machinery (like the machine that goes “ping!”) than caring for their patient.

In reality, of course, the vast majority of NHS doctors and nurses do an excellent job given the system they work within. They understand that the point of healthcare is to maintain the public in good health and to provide high-quality care for the sick. But so dewy-eyed have many people become about the NHS’s method of funding and its intentions, political discussion has lost sight of what healthcare is for.

The US-based Commonwealth Fund recently heralded the NHS as the best healthcare system in the world. This was written up triumphantly in The Guardian, and welcomed by Labour and the Tories. Yet the study puts a large focus on inputs and procedure (the machines that go “ping!”) rather than what we should judge healthcare on: outcomes.

One criterion by which the study evaluates the safety of healthcare is whether a doctor “routinely receives a computerized alert or prompt about a potential problem with drug dose or interaction”. On this measure, the NHS performs superbly compared to other developed countries like Norway and Switzerland. What’s unclear is whether this lack of machinery really holds the Norwegians or Swiss back.

The problem is that studies like this so often start from ideological preconceptions about what makes a health system fair, rather than looking at the outcomes that people really care about. This means the Commonwealth Fund scores down countries where out-of-pocket expenses exceed $1,000, but says nothing about whether patients have been unable to get certain drugs due to rationing (which, absent a price mechanism, tends to occur).

The absurdities this creates can be seen in The Guardian’s write up of the report, which was unintentionally hilarious in saying: “The only serious black mark against the NHS was its poor record on keeping people alive.” Yet how many people will remember this detail? Instead, reports like this add to the mythology that the NHS delivers uniquely wonderful healthcare. As such, it helps shut down debate about what is really good for patients.

Indeed, the Euro Health Consumer Index 2013 showed that, on many outcomes, we sit ahead of Central and Eastern European nations, but behind others in Western Europe. This is rarely addressed. Instead, Labour has been running a social media meme whereby a website estimates what number birth you were since the start of the NHS. It seems to suggest that, without the NHS, childbirth would be extremely dangerous. Yet infant mortality figures show that we have only the twenty-fifth “best” outcomes of 34 OECD countries. What’s more, improvements in mortality rates across countries suggest that medical advances and increased prosperity are the important factors in safer childbirth over time, not the establishment of a top-down taxpayer-funded NHS.

Leading healthcare figures have called for a “conversation” about how the NHS will meet rising demand and poor productivity under the strain of an ageing population. We do not need a conversation, we need a debate. But that debate will be worthless if we ignore evidence of better outcomes under other systems out of blind faith in the intentions of the NHS.