Think of Jerusalem and one imagines ancient history, religion, and regional tensions. Not craft beer, tech incubators and model-slash-DJs. It is, I discovered, a city of surprises.

In the millennia-old Church of the Holy Sepulchre half a dozen worshippers from a variety of faiths kneel and touch the slab on which, it is believed, Christ’s body was prepared for burial. Outside, in the piercing sunlight, the smell of falafel wafts through the square and, beyond the trinket stalls and shisha shops, Jews, Muslims and Christians line along the Western Wall to post rolled up notes in the cracks between the stones laid by Herod. This, essentially, is God’s fax machine.

Throughout the Old City of Jerusalem and deep beneath its cobbled streets you’ll find stories that stretch back to the very dawn of civilisation. But beyond its fortifications, which were last rebuilt in the 16th century, the stories I heard were all about the future.

Jerusalem is the world’s top emerging technology hub. Its mayor, Nir Barkat, is a venture capitalist and he’s applied his high-tech vision to running the city and engaging its entrepreneurs to develop digital tools, enterprises and initiatives. There are 600 tech companies operating out of Jerusalem, with the number growing at a dizzying rate. 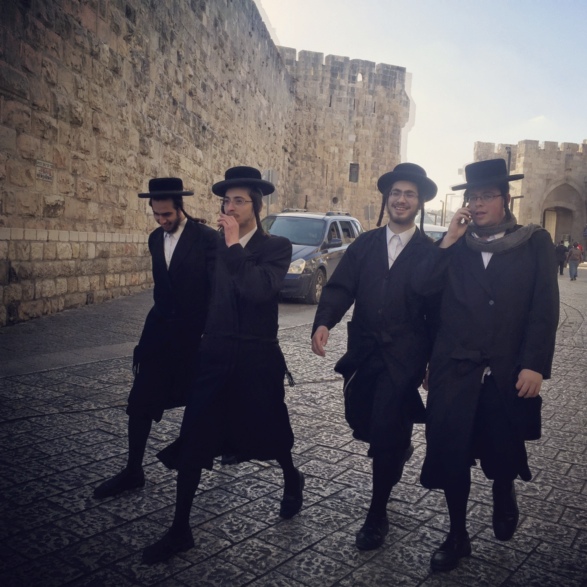 I visited Mass Challenge, an accelerator and collective which is spearheading the start-up scene. One of the most recent apps to emerge here is Bite Mojo. The app acts as a tour guide to the New City’s gastro scene and nightlife, and I use it to tour the main market, Mehane Yehuda. It’s filled with 250 vendors selling fresh food, spices and drinks. By paying €27 the app lets you sample an array of produce without reaching for your wallet.

Come nightfall the market changes theme, from shopping mecca to social hang-out. Young hipsters cram the pavement bars, playing card games and necking local craft ales. Bite Mojo offers me a bowl of chilli and a half-pint at Beer Bazaar, a tiny hotspot offering 100 different Israeli-born brews, 11 of them on tap. I try the Herzl Embargo, a smoky porter made with Cuban tobacco that’s fermented a few miles away. 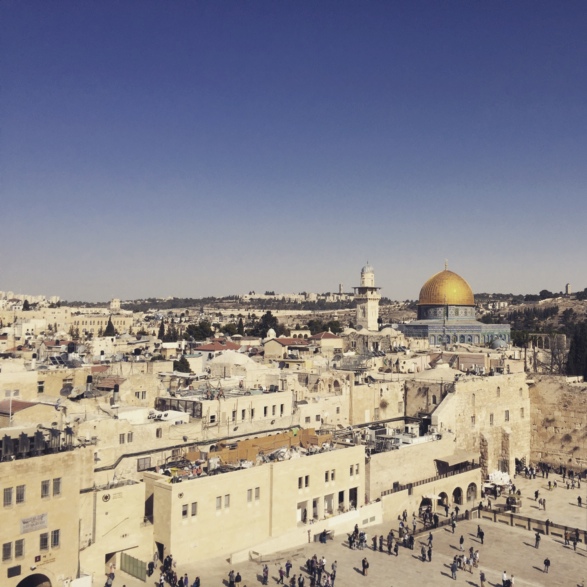 Food is a big deal here, from the street eats found in ‘The Shek’ and mouth-watering houmous in the Old City’s Arabian market, to more high-end dining. I recommend the amazing antipasti and pumpkin risotto at Anna, housed in an old clinic, and the steak at Hachatzer.

The people I met were driven, highly educated and warm without exception. Security was almost invisible, but it was present. A word of warning when flying out of Tel Aviv, the airport serving Jerusalem; make sure you allow a couple of hours for baggage checks. Broaching the matter of regional tension and the threat of terrorism, the situation was described to me thus: Jerusalem is an oasis of calm and tolerance in a very bad neighbourhood.

Younger visitors seeking a place to crash head to The Post; a new, funky and well-maintained hostel off the big retail street Jaffa Road, taking the top floors of the central post office building. And while the King David Hotel and Waldorf Astoria host the Upper East Siders and visiting world leaders, there’s a VIP spot with way more sex appeal; the stylish and lifestyle-oriented Mamilla Hotel, where Bar Refaeli stays when she’s in town. 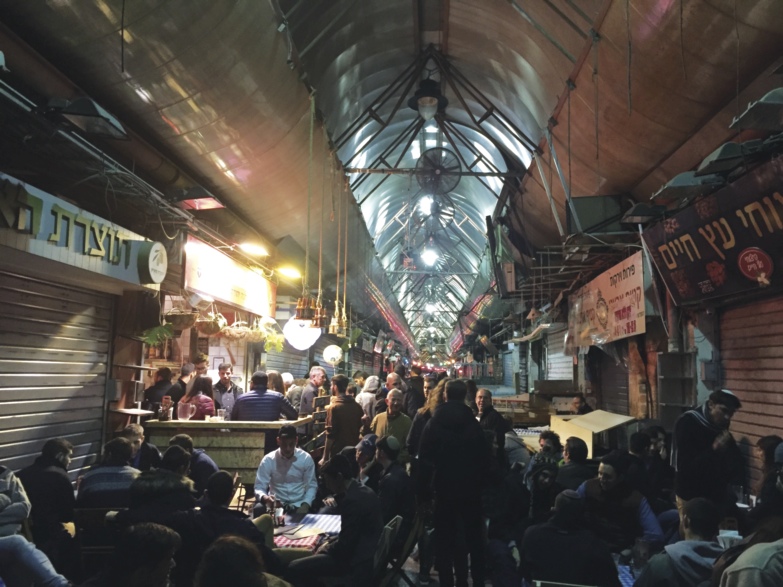 Israel’s premier supermodel has fine taste in interior décor, with the 194 rooms and suites boasting exposed stone walls, bespoke furniture, and bathroom glass that frosts over at the touch of a button. There’s also a seductive pool and holistic spa. The design throughout is modern and minimalist, yet contextualised within historic architecture. Mamilla’s rooftop terrace has an unmatched view of the Tower of David, modern Mediterranean cuisine, and loud house music courtesy of an unfeasibly attractive DJ. Upon closer inspection I discover she’s Israeli Playboy’s very first cover girl, Nataly Danon.

The Yad Vashem World Holocaust Remembrance Centre is unmissable and even more powerful than I’d prepared for, especially the Children’s Memorial where mirrors and lights create an infinite number of stars representing the lives tragically lost.

It’s vital to understand where Israel came from, but the past is tempered by a lust for the future in a Jerusalem that’s always evolving, always adding more layers to a cultural mosaic that’s already so rich in meaning.

For more information about the city of Jerusalem visit itraveljerusalem.com. To book The Mamilla Hotel visit mamillahotel.com or call +972-2-5482222. Monarch operates year-round flights to Tel Aviv from London Luton and Manchester airports with fares, including taxes, starting from £103 one way (£158 return). For further information visit monarch.co.uk