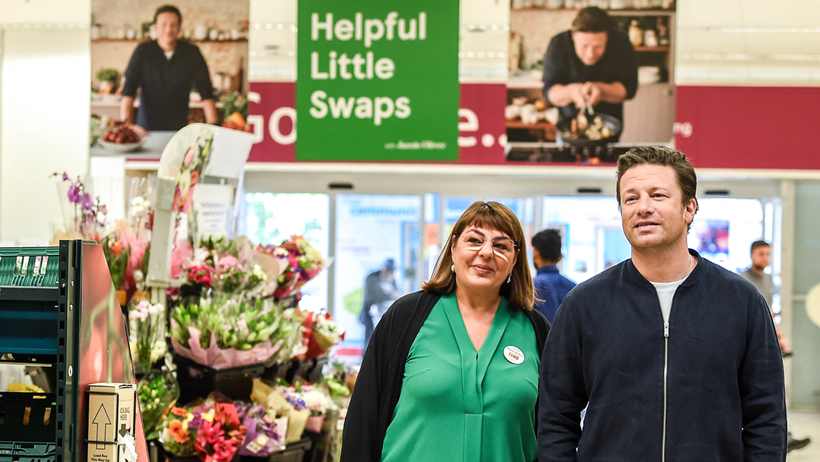 Chef Jamie Oliver has entered into a partnership with supermarket giant Tesco, seven years after leaving an 11-year advertising gig with rival Sainsbury's that saw him earn over £10m.

The chef and best-selling author, whose fee has not been disclosed, is producing recipes and healthy eating tips for Tesco, aiming to “change eating habits”.

“I’m not doing adverts or being the ‘face of’ anything,” he told The Times.

Oliver’s deal with Sainsbury’s, where his final earnings were over £1m a year, ended in 2011. Having first come to widespread prominence in 1999 with his show The Naked Chef, Oliver has published a series of books and owns several restaurants.

His chain Jamie’s Italian has been closing branches in an effort to bring down costs. In an interview with the Financial Times last week, Oliver revealed he had put £12.7m of his own money into the chain to shore it up.

In a statement on the partnership, Oliver’s website said: “Jamie and Tesco will work together to inspire customers and colleagues to cook great-value, healthier meals from scratch and celebrate fresh, tasty food every day of the week.”

Tesco says a new campaign alongside Oliver will promote “helpful little swaps”, suggesting alternatives with reduced fat, sugar and salt both online and in-store. It is launching with a set a recipes, including a mushroom and kale frittata and a veggie quesadilla bake.

Alessandra Bellini, chief customer officer for Tesco, said: “This is a natural step in our ongoing work to make healthier eating a little easier.”