It’s time we rediscovered the ancient art of diplomacy 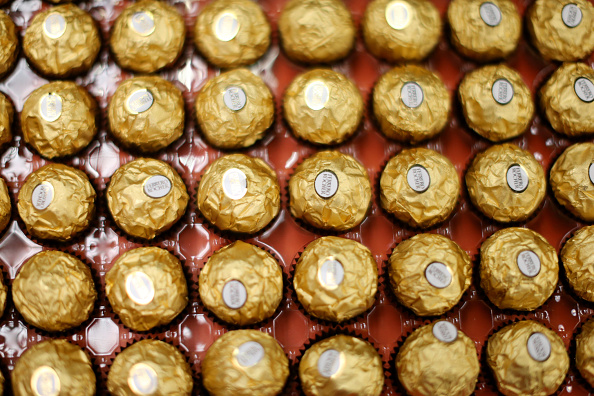 On hearing of the death of the Turkish ambassador, the legendary Napoleonic diplomat Charles-Maurice de Talleyrand supposedly responded: “I wonder what he meant by that?”

An apocryphal anecdote, perhaps, but this week, when the spotlight has been focused brightly on the shadowy world of the foreign service, it’s a useful story to consider.

Sir Kim Darroch, a distinguished career diplomat, has stood down as Britain’s man in Washington, after leaks of ambassadorial cables showed him being somewhat undiplomatic about Donald Trump.

The President responded with predictable outrage, and while British politicians flocked to Darroch’s defence (it is hardly news, after all, that the Trump administration is “chaotic”), the ambassador chose to resign before the next Prime Minister had a chance to dismiss him.

Speculation about the leaker has reached a fever pitch (the police are now investigating), and bookies are taking bets on Darroch’s replacement. But in all the finger-pointing and conjecture, the most obvious question isn’t being asked. Namely: what is an ambassador actually for?

The idea of a ruler sending an emissary abroad to negotiate on his – or, indeed, her – behalf is as old as civilisation. Nor has it always been a cushy or pleasant job – the Shah of the Khwarezmid Empire had two of Genghis Khan’s representatives shaved to humiliate them and beheaded a third, while an ancient Chinese Empress is said to have required envoys to perform oral sex on her as an act of supplication.

But despite the risks, geography demanded the existence of ambassadors. If it takes weeks or months to travel somewhere, rulers are unable to communicate one-to-one, so require envoys, ideally skilled negotiators who speak the local language.

That was then. Now, 56 years after the “Red Phone” hotline was established between Washington and Moscow during the Cold War, the picture looks somewhat different.

For at least half a century, leaders have been able to communicate directly with their counterparts in seconds. Today, the President of the US can rebuke, negotiate with, or cosy up to any leader he likes via Twitter, with the help of Google Translate if necessary.

Much has been made this week of the icy relations between Darroch and Trump (with the latter calling the former “a pompous fool”). But Trump doesn’t need to deal with the British ambassador. His primary UK contact is the Prime Minister.

Darroch, for his part, has been accused of spending more time at glitzy cocktail parties than was strictly necessary.

Indeed, the sense that our foreign service is outdated, filled with puffed-up functionaries whose main job is handing out the Ferrero Rocher and single malt, has been growing recently, while the personal politics of high-level diplomats are being dragged into the public arena – from Darroch’s Trump comments to Britain’s former EU ambassador’s resignation over his Brexit views.

It is against this backdrop that calls are coming for Darroch’s replacement to be a political appointment – one of the unsuccessful Tory leadership contenders, maybe, or even Nigel Farage, though he has said that he doesn’t want it.

However, it is a mistake to think of ambassadors as little more than glorified messengers. For while their value as the public-facing representative of our government abroad might be diminishing, their function behind the scenes has never been more crucial.

To understand why, turn to this year’s TV adaptation of Terry Pratchett and Neil Gaiman’s Good Omens.

In a plot that sees the forces of Heaven and Hell gearing up for apocalyptic war, the angel Aziraphale and the demon Crowley manage to broker a deal that saves the world from literal Armageddon.

How? Because after millennia of working in the same arena, albeit on opposing sides, they are able to do business with each other in a way that their respective bosses can’t.

Today’s diplomats may operate on a shorter timescale than celestial beings, but they can still afford to play a much longer game than politicians focused on the immediate term. And with national leaders required to project strength to their domestic bases, sometimes a quiet word between two counterparts away from the public eye can lead to breakthroughs and shared understanding that no amount of bilateral summits could.

With a particularly volatile occupant of the Oval Office at present, keeping another, less conspicuous communication channel open with various elements of the US government – both in Congress and the White House – has obvious value.

And while getting on with the President is clearly important, understanding him is even more so. The point about Talleyrand is not that he was universally liked (he wasn’t), but that he sought to truly unpick what foreign dignitaries were thinking.

Perhaps the current manifestation of the Foreign Office has clung for too long to the romance and prestige of its role, forgetting that its core purpose is not making friends with those in high office or hosting glamorous tax-funded parties. Politicians can do that themselves – ambassadors need to do something altogether more complex.

In other words, we need someone in Washington who can read Trump’s explosive tweets and, rather than bending UK foreign policy around them, ask the question, “I wonder what he meant by that?” – and then, more importantly, answer it.