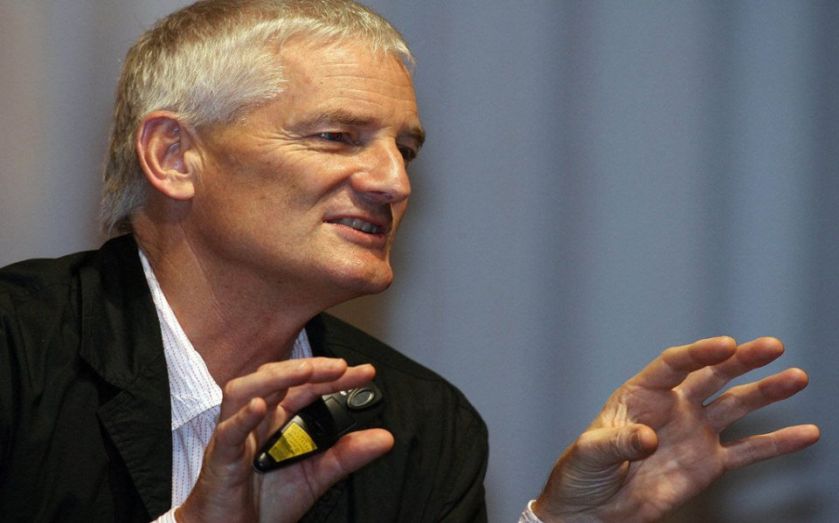 James Dyson, the man who removed the bag from the humble vacuum cleaner, is hoovering up land in Britain.
Dyson, a self-made billionaire, has bought a 3,000 acre estate in Lincolnshire, which brings his estimated land holdings to 25,000 acres (or 14,204 football pitches), more than the Queen’s private estate, Sandringham, which is 20,000 acres.
This moves the British inventor, believed to be worth £3bn, into rarified company: he has more land than the Duke of Bedford and the Duke of Wellington too. However, he is far behind the biggest landowners in the country, as Country Life worked out in a 2010 investigation:

The biggest owner of land in the UK continues to be the Forestry Commission, which belongs to the government. The Crown Estate, which holds an impressive portfolio, is not the private property of the Queen. Technically it rests in the hands of the reigning monarch, but revenues go to the Treasury. The Queen receives a fixed annual payment from the estate, called the civil list.
It is understood that Dyson, 67, is already using some of his land to grow maize for energy production, implying he has not lost his scientific eye. On his Nocton estate, close to his new acquisition, 2,000 acres of crops will be used to fuel a so-called anaerobic digester: a machine that breaks down crops into methane, carbon dioxide and fertiliser. It is hoped the venture will be able to power 2,000 homes.