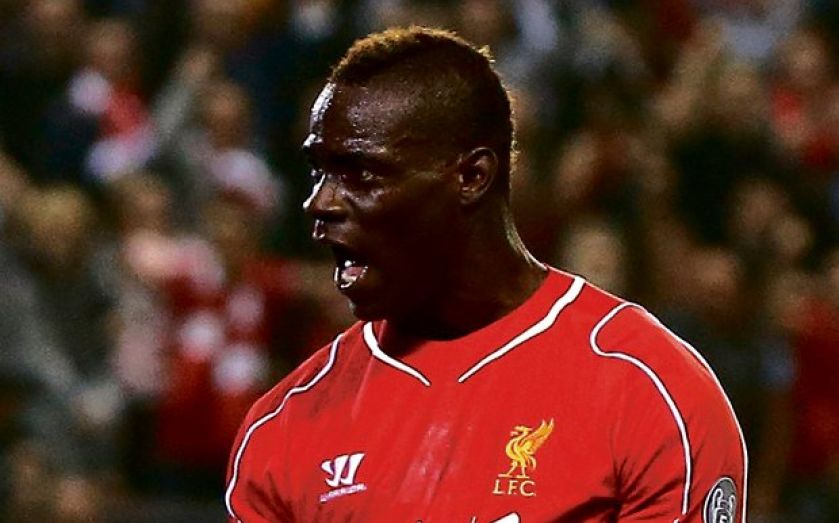 CONTROVERSIAL Liverpool striker Mario Balotelli is set to miss Sunday’s Premier League clash with Arsenal after he was last night handed a one-match ban for an offensive social media post.

Balotelli was also fined £25,000 and ordered to attend an education course for republishing an image of video game character Super Mario that contained the words “jumps like a black man, grabs coins like a Jew”.

The Football Association found the Italy international, 24, guilty of an abusive, insulting or improper post, aggravated by reference to ethnic origin, colour, race, nationality or religion.

Balotelli said he accepted the decision and had come to regret reissuing the image to his 2.1m Instagram followers.

“The FA decision has made it clear that I was wrong,” he said. “I am sorry that my team-mates and supporters of Liverpool have to be penalised for something I did and now come to regret. It is my intention to comply with the decision and make sure it never happens again.”

Balotelli was quick to take down the widely-circulated image after initially posting it on 1 December, and said at the time that it had meant it to be “anti-racist”.

It is the latest disruption to an already colourful career that has taken in spells at Manchester City and both Milan clubs.

His absence increases the likelihood that Liverpool will deploy Raheem Sterling as a striker against Arsenal, after the versatile forward scored twice at Bournemouth in midweek.