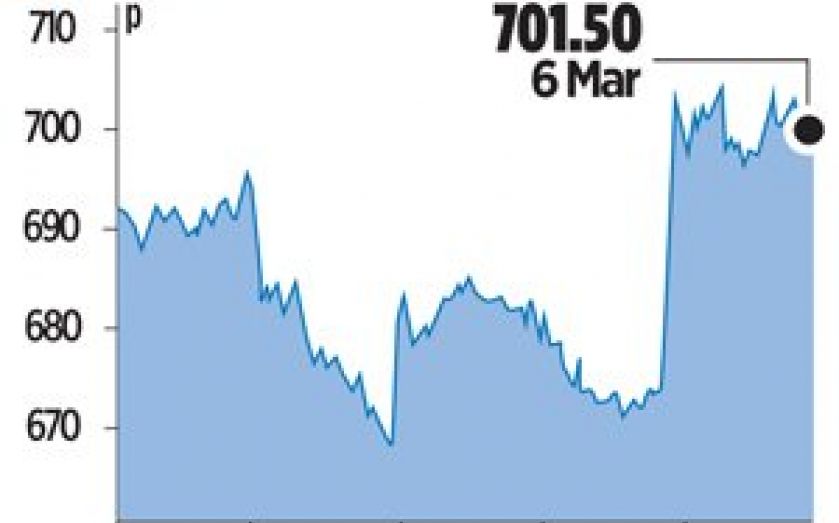 INMARSAT hopes to start testing its new broadband service beamed from space later this year, following a solid 2014 for the satellite group that “ended with a flourish”, said boss Rupert Pearce.

The firm, which launched its first Global Xpress satellite into orbit in December, has already signed up Air China to test the service and is taking part in “multiple tenders” for other clients.

Inmarsat started life as the communications arm of the International Maritime Organisation but has branched out into internet and mobile services in the public and private sectors.

“We feel that our legacy business is showing its resilience – it’s the cash cow that’s fuelling our innovation efforts,” Pearce told City A.M.

In 2013, the British firm posted a 5.7 per cent fall in revenues to $1.26bn (£752m), as growth in aviation, maritime data and other satellite services were offset by US state spending cuts.

“Last year was probably the worst of [the US budget cuts]. Our diversification is very powerful as our competitors on tenders are put into a defensive position,” said Pearce.

A payment holiday given to its struggling US partner, LightSquared, also crimped the results, and Inmarsat is awaiting the outcome of a bankruptcy vote.

Inmarsat’s profit before tax fell by 35.6 per cent to $189.1m for the year, though in the fourth quarter earnings were flat on a year ago.

Shares in the firm closed up over four per cent yesterday.

FIVE THINGS YOU DIDN’T KNOW ABOUT…
Inmarsat works on everything from military satellite comms to tech start-ups, writes Marion Dakers

1 Inmarsat was set up by the International Maritime Organisation in 1979 to stay in contact with ships around the world. It transformed from an intergovernmental body to a private firm in 1999 and floated in London in 2005.

2 The company is one of several firms competing in the new space race to offer the fastest broadband services beamed anywhere in the world by satellite. The first of Inmarsat’s three Global Xpress satellites was launched in the Kazakh desert in December and testing will begin in the middle of this year.

3 Inmarsat is already the biggest provider of in-air broadband for commercial airlines – making it partly responsible for the end of phonecall-free flights.

4 Rupert Pearce sits on the impressively-named Space Leadership Council, which works with the Department for Business, Innovation and Skills to promote Britain’s extraterrestrial interests.

5 As one might expect of a company with its headquarters on Silicon Roundabout, Inmarsat is a big supporter of tech start-ups with links to its industries. The group has put money into Kymeta, a portable antenna maker that also counts Bill Gates among its investors, and is keen to explore tie-ups with app developers.