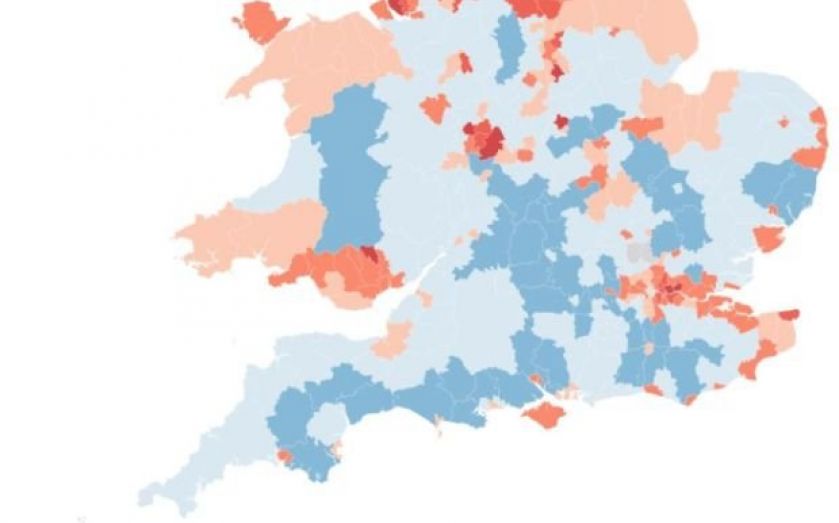 The UK unemployment rate came in at 6.2 per cent today, but how well are different regions doing?

There is a great disparity between the top and bottom performers.

From the ONS report:

For the period April 2013 to March 2014, the local authority with the highest unemployment rate in Great Britain was Hartlepool at 13.6 per cent, followed by Kingston upon Hull at 13.5 per cent and Leicester at 13.4 per cent.
There were five local authorities with a rate of less than three per cent: Eden in Cumbria at 2.6 per cent, South Lakeland at 2.7 per cent and South Northamptonshire, the Shetland Islands and Stratford-on-Avon, all at 2.9 per cent.

But how does your area compare? Click on any local authority to see the number of people who are unemployed, as well as the rate. Blue local authorities are below the national  long-term average (April 2013 to March 2014 ) of 7.2 per cent, while red local authorities have rates above that threshold.
Here is a chart comparing different regions: 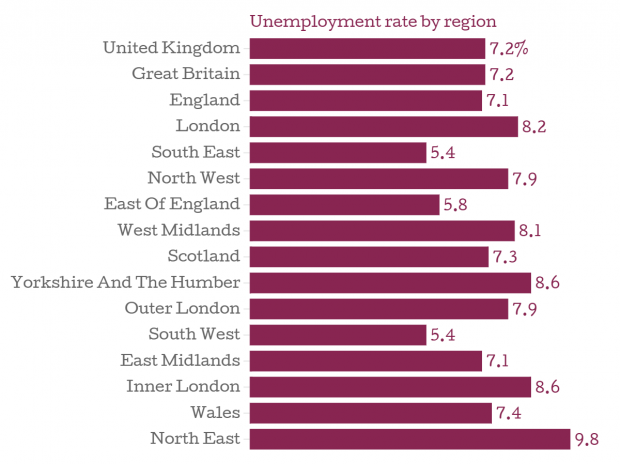