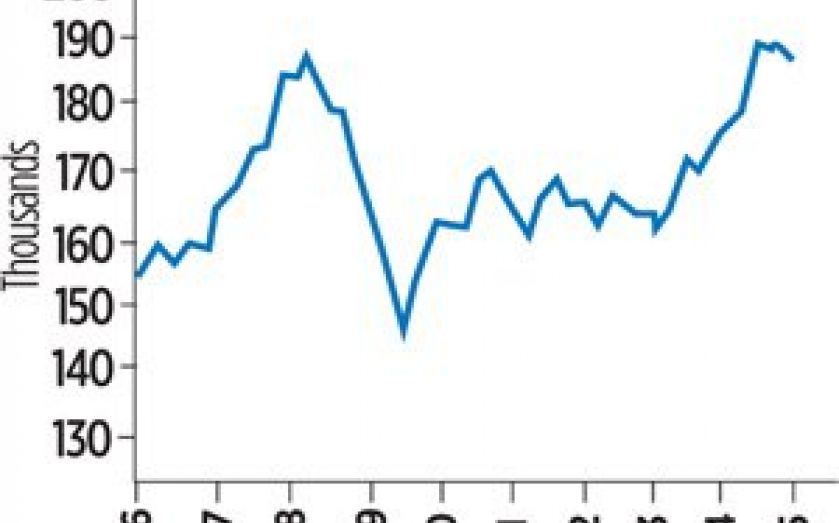 That compares with a rise of 0.3 per cent in January, and is the first fall since September 2014. On an annual basis, prices rose by 5.7 per cent – slowing from 6.8 per cent in the year to January, and the sixth consecutive slowdown in the pace of the rise.

Prices had been soaring by as much as 11.8 per cent in the 12 months to June 2014, and analysts believe the market needed to take a break as prices were becoming unaffordable.

“Over the past couple of years, prices have risen rapidly and are close to exceeding their 2007 peak,” said Stephen Smith from the Legal and General Mortgage Club. “While this may be viewed as a positive indicator of confidence in the market, it is important not to price people out.”

Over the last decade the proportion of 25- to 34-year olds owning their home has dived from 59 per cent to 36 per cent. However, 61 per cent of private renters still want to own one in future.

“This remains a longer-term aspiration, with around half of renters expecting it to take five years or more to take their first steps into the housing market,” said Nationwide chief economist Robert Gardner.