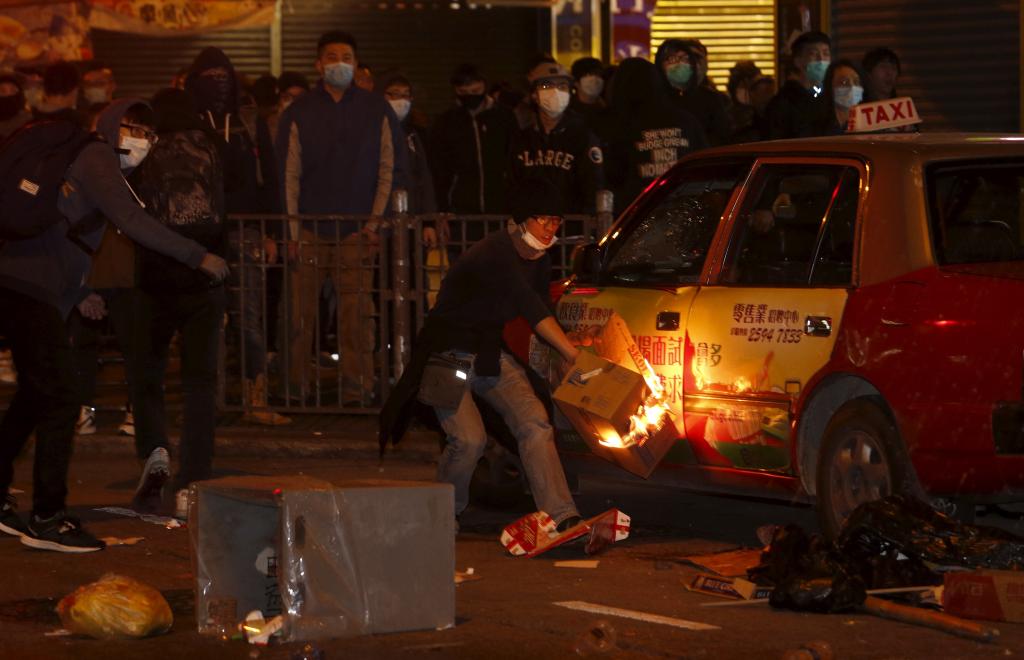 Violent clashes have broken out between police and protesters in Hong Kong’s commercial district, leaving dozens injured in the Asian financial hub.

The clashes are the worst street violence Hong Kong has seen since the massive Occupy protests in 2014.

The violence was apparently sparked by police clearing away illegal food stalls set up for Chinese New Year, and has quickly been dubbed the “Fishball Revolution” on social media, after the popular snack.

Protests quickly broke out and escalated, with protesters throwing bricks and bottles at the police.

The police reportedly used pepper spray and batons, and fired warning shots against the crowd, that numbered in the hundreds.

Some 23 people have been arrested and at least 44 injured, including police and journalists.

CY Leung, Hong Kong’s chief executive, condemned the protests, saying Hong Kong "can never tolerate that and the police will spare no effort to arrest the rioters".

He added that the crowds were “seriously jeopardising the safety of police officers and other people at the site”.