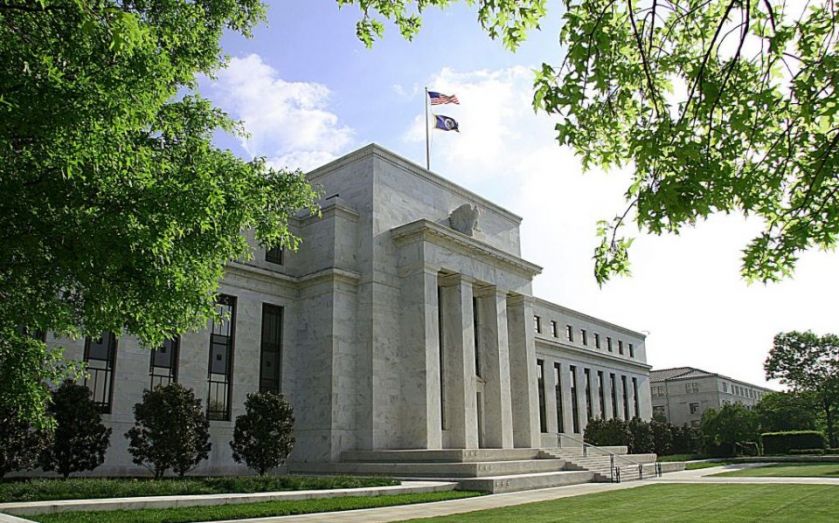 Federal Open Market Committee (FOMC) member and Atlanta Fed president Dennis Lockhart has said that it would take a sharp worsening in the data to persuade him that the US Fed shouldn’t raise rates in September. Lockhart stated: “I think there is a high bar right now to not acting… it will take a significant deterioration in the economic picture for me to be disinclined to move ahead.”
Coming from someone perceived as something of a centrist on the FOMC, Lockhart’s comments suggested that a rate hike was a done deal and that the Fed wasn’t quite as “data dependent” as it had made itself out to be. In other words it wants to go, and it will take a lot to stop it.
Quite why the Fed is chafing at the bit puzzles me. After all, only a few days ago, we had the ECI (Employment Cost Index) showing employment costs rising at the lowest quarterly rate in 33 years. Year-on-year growth was just under 2 per cent but, allowing for productivity growth, it suggests that unit labour cost pressures on margins are weak. Throw in a strong dollar, up around 15 per cent year-on-year in trade-weighted terms against the major currencies – which is providing surrogate tightening for the Fed – and the case for a US rate rise surely weakens? At the very least, it suggests the Fed should stay data dependent until December, and not act too hastily in September.
But that’s far from the end of the story. The biggest issue is the weakness of broad money growth. The latest figures suggest broad money M3 is rising around 5 per cent (year-on-year). In other words, it’s growing at a rate entirely consistent with stable inflationary pressure. Now, if there were sharply rising commodity pressures around the world (which there aren’t, because there’s been a bloodbath in commodity prices), and oil was spiking (which it isn’t, with West Texas Intermediate at $46 per barrel due to a supply glut), one might concede that 5 per cent broad money growth was still a concern – stress might. But when the reverse is the case, I’m left asking the Fed, “what’s the problem?”.
The obvious retort, of course, is that 2016 is an election year in the States and the Fed doesn’t want to be seen intervening in a manner which might influence the outcome for the presidency, so better to act now. But I’d suggest there is an even bigger problem. If the Fed acts too hastily this year, it could be forced into a humiliating reversal next year. That would be a tragedy.
Central banks around the world are struggling to maintain macroeconomic credibility, in the wake of a financial crisis they saw out of the rear view mirror, instead of seeing it on the road ahead. On top of this, the Fed doesn’t publish M3 data anymore – you have to obtain it from other sources. So the Fed doesn’t monitor broad money – or sees M2 as sufficient for monitoring purposes – but M3 suggests it doesn’t need to tighten policy yet. M3 could of course rise endogenously or the velocity of money could accelerate, but one could probably find just as many reasons for a slowdown.
In the wake of the financial crisis, QE and bank deleveraging, broad money is absolutely central to economic prospects. It would be an economic mistake of historic proportions if the Fed paid insufficient attention to broad money, tightened policy, and as a result was forced into a humiliating reversal in an election year.
Graeme Leach is a senior fellow at the Legatum Institute in London.