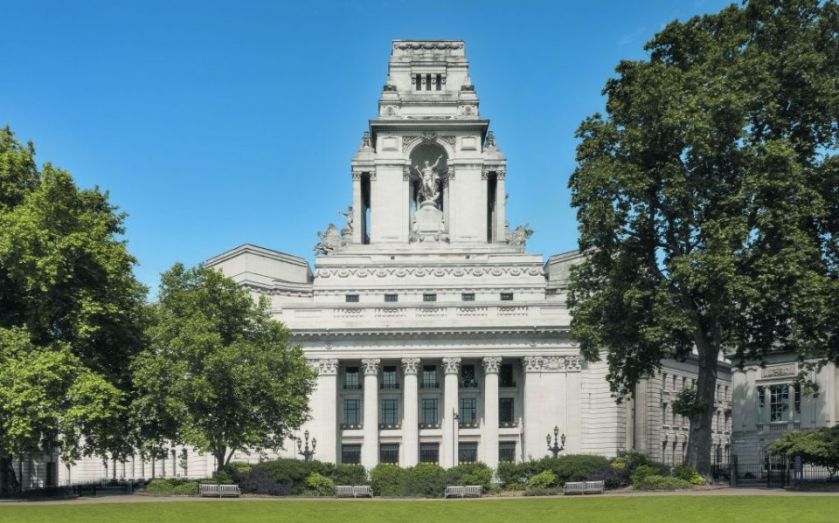 One of the city’s finest buildings, Ten Trinity Square, is set to re-open at the end of 2016 as a Four Seasons Hotel, with luxury residences on top. It was opened by Prime Minister David Lloyd George in 1922 as the Port of London Authority and it took 11 years to build. It also hosted the inaugural meeting of the United Nations in 1946. After a few years as an office,  Chinese developer Reignwood Group made it their first London investment in 2010. We speak to Suzette Vela Burkett, managing director of architects Aukett Swanke, to find out how they plan to sensitively restore such a historic building.
How badly was the building damaged in the Blitz?
It was mainly the courtyard rotunda [that was damaged] so as part of the new scheme we’re building a new, contemporary one that’s a reference to the original. The actual square building that goes around the outside was intact, but we’re going to remove the roof to put some extra residential on top, so that will be all new.
What materials are used throughout the building?
The external material is Portland Stone, which is pretty special, and there are lots of carvings that are meant to be symbolic of shipping, with ornate plasterwork, timber and stone inside. It’s quite a basic palette, but it’s very typical of its time.

Inside the UN Room

How do you approach a restoration on this scale sensitively?
As a practice, we always research the history of the site to see why the building is designed the way it is and to find out what the original architect’s vision was. Part of it is to make sure the new build is in-keeping with that design without being pastiche, because that shouldn’t be a part of sensitive restoration. You need to realise that some parts have a special interest and need to be restored and materials matched which takes a lot of research. In this case, the plan corresponds to the oringal layout of the building and respects the original structure; we’re not going in with a bulldozer and clearing the whole thing out and pretending it’s an original building.
It’s about understanding why things were done the way they were and what you can do to enhance that, rather than damage it.
How do you work out how to install modern amenities and technology in a conversion like this?
The particular challenge here is that we have two uses; hotel and residential, one on top of the other. If it was just a hotel, you could stack everything vertically but because there are residences on top, you need more plugs, cables and air up there than the hotel below it in the existing building, so some pretty ingenious strategies are needed. The architects are normally the ones that have to figure out a route through quite complicated corridor designs and how to conceal things while respecting the original panelling, which we’ve done through co-ordination workshops and lots of modelling.
How do you create the uniformity a hotel needs in such an unusual space?
It’s a landmark property so the Four Seasons are not trying to cram their brand into a heritage building. The aim is that people will go there because they want to stay at Ten Trinity Square. Sections are new build, so they’re laid out more conventionally, but the grander suites and corner suites are more unique spaces, but that’s the point of having the hotel there. I think if you tried a cookie-cutter approach, it wouldn’t work, but I think hotel operators are conscious of that and that’s why they chose the building and are so keen to develop it.
Find out more at tentrinitysquare.co.uk.

FIVE OF THE BEST PERIOD CONVERSIONS ON THE MARKET NOW 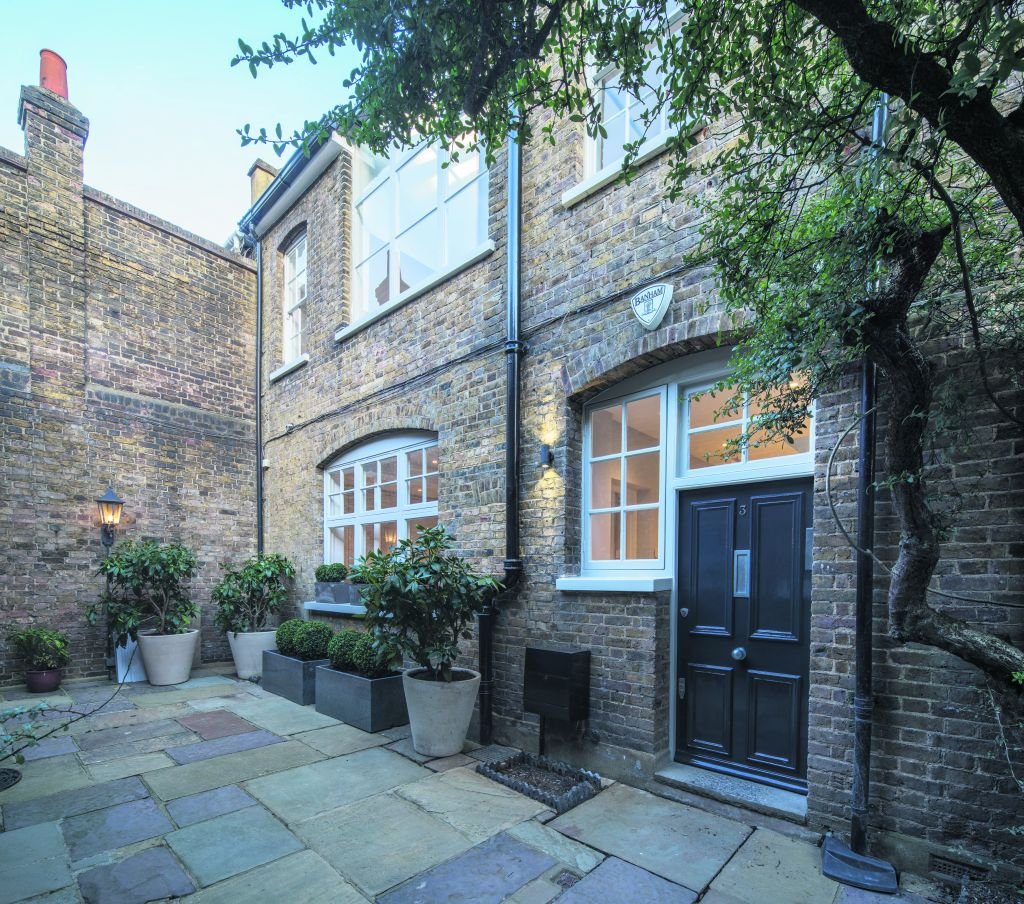 This retail to residential conversion had had both bay windows restored by the developer and used to have its own stables behind.
£3.1m, 020 3733 3508/struttandparker.com.