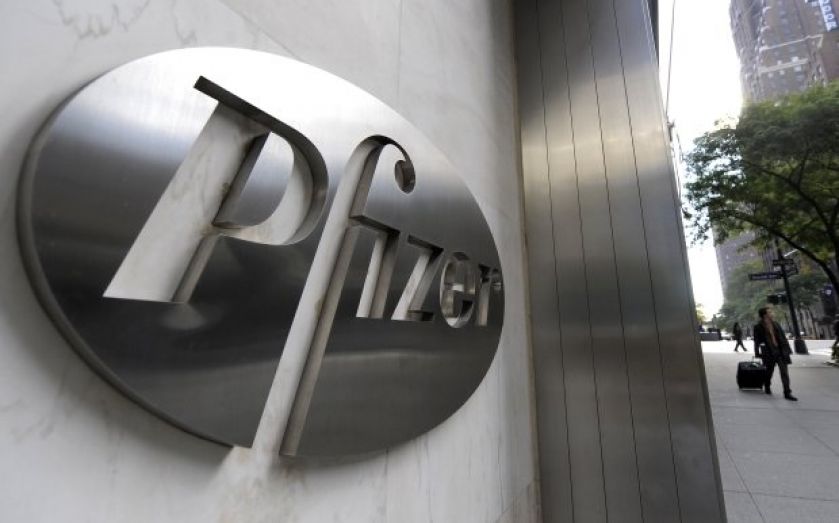 Fresh talk of a bid by pharma giant Pfizer for UK rival AstraZeneca has seen shares in the target company jump.

Investors are getting excited about a potential second move for AstraZeneca, with stock currently up 6.8 per cent on the FTSE 100, at more than 4,030p.

That increase dwarfs the FTSE 100's overall rise of 0.9 per cent this morning, and a 1.2 per cent increase in FTSE 100 listed healthcare stocks.

A flurry of notes sees analysts confident about benefits from a deal. Last night, Citi’s Andrew Baum suggested that the offer is "very likely genuine" after The Sunday Times first reported that a tentative bid had been made. Credit Suisse's Vamil Divan notes that overlap with Lipitor and Crestor could cause some headaches with the Federal Trade Commission, but these "would not be prohibitive."

Deutsche Bank's Mark Clark is less confident that the bid will materialise, noting that Sunday Times and Bloomberg stories on the deal seem to conflict over when a second approach took place, and that the report remains unconfirmed. "Bid rumours occur relatively frequently in the Pharma sector – witness market suggestions in the last year of, for example, a Novartis/Roche deal and a US-based approach for Shire, which turned out to be false," says Clark.

If a deal were to be successful in the longer-term, then Pfizer "would need a high level of confidence in AstraZeneca's new drug pipeline." And this "would seem a leap of faith", says Clark, as many of the UK firm's more exciting assets are at an early stage or are not first-in-class.

Societe Generale's Stephen McGarry is similarly sceptical of informal talks resulting in material action: "Any company seriously wishing to acquire AstraZeneca would have to have a rose-tinted view" of the cost-cutting potential and the company's R&D pipeline. Yet "the mere mention of M&A possibility, however unlikely … may be enough to support the shares," he says.

Credit Suisse issued a target price of 4,000p in their note, released before markets opened this morning. And that targets "reflects ongoing business only", with the bank seeing declining underlying earnings per share through 2017.