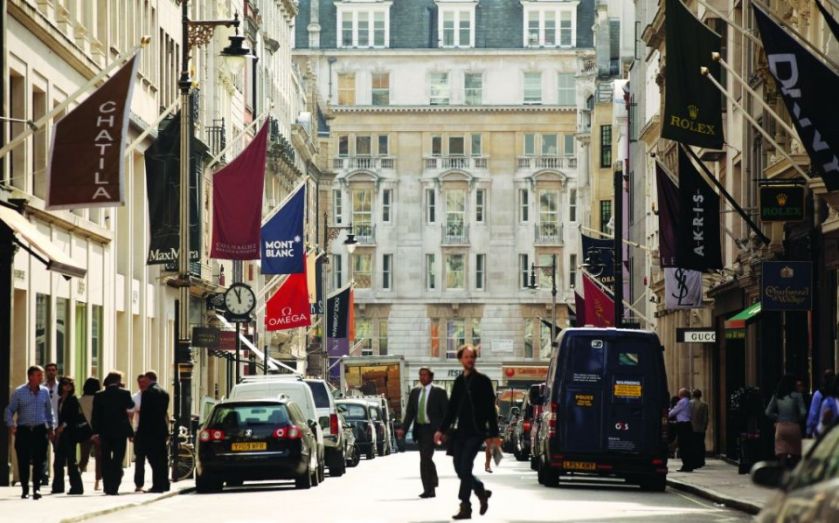 Businesses will be footing a rates bill based on half of the rental value of their properties – the highest level yet – according to research out today. Business rates, charged on commercial properties including offices and shops, are calculated according to their rental value. The system has been blamed for the demise of the high street and for putting extra strain on businesses already struggling with competition from online business. The government postponed the 2015 re-evaluation to 2017, forcing businesses to pay a further two years of rates based on prices at the top of the market in 2008. BNP Paribas Real Estate predicts that following the 2017 re-evaluation, the Uniform Business Rate – the multiplier used to calculate rate payers’ bills – will rise to a record 50p in the pound England, earning the government £26bn. It named retailers in Leeds and Bristol as likely winners from the next revaluation, with their bills likely to fall by 40 and 20 per cent respectively. Mayfair and other prime West End offices are also set to benefit with no change in their rental values since the peak in 2008. However, retailers on Bond Street and Oxford Street face rises of 60 and 40 per cent. Offices in King’s Cross face a 79 per cent rise in rents.