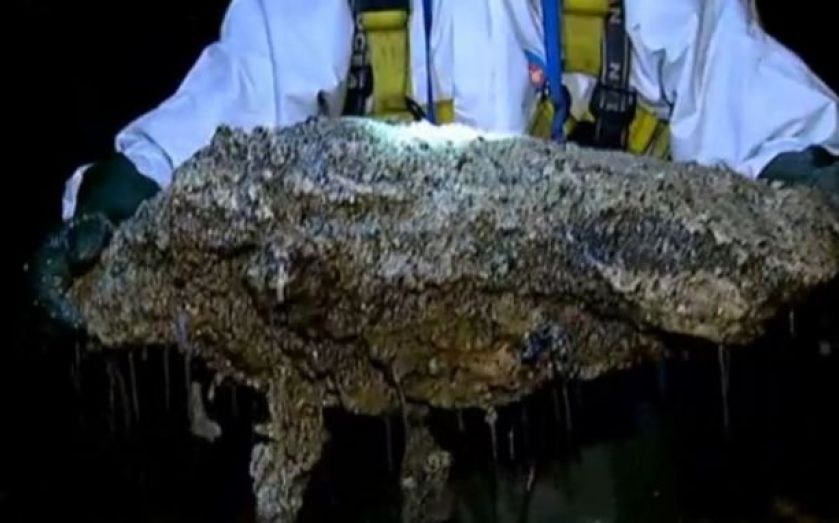 Fireworks' Night is nearly upon us, but instead of gunpowder and treason, a mega fatberg has been discovered right under Whitehall.
In a sewer 10 metres below the centre of government, one of the city's biggest fatbergs – a series of huge congealed rocks made of fat, oil and even “everyday toiletry items” has formed, and it's one of the biggest Thames Water has had to deal with.
As Dave Dennis from the utilities company told ITV London, all this blocks up the sewage system. “It's like concrete,” he said.
Despite the fatberg forming under government it seems our politicians are not necessarily to blame – rather food waste from nearby Regent Street has been contributing to the build up.
This is of course not the first fatberg to have surfaced. Last August one the size of a bus was discovered in Kingston, while last month a blockage the size of a Boeing 747 was found, and took four days to clean up.
Clearing fatbergs from under the capital costs £12m a year, with around 55,000 blockages forming annually.
“A million pounds a month it's costing us as a business,” Dennis said. “We pay for it but the customers pay for it too. They pay for it through their bills they also pay for it through their bills and also the misery because it's not nice if you get internal flooding.”
Dennis' advice? “Bin it, don't block it.”
If you have a strong stomach, ITV London has a video of a trip below the surface.