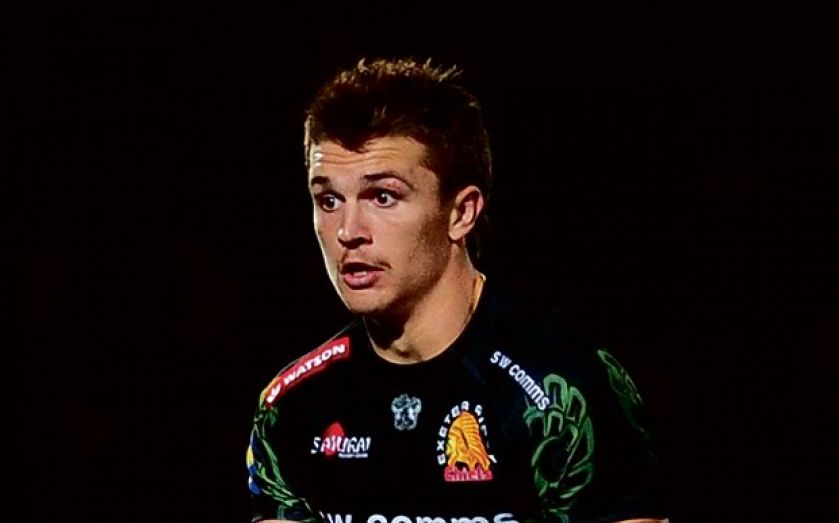 England must stay unbeaten in run-up to event

FORMER England and British and Irish Lions centre Will Greenwood believes Exeter Chiefs starlets Luke Cowan-Dickie and Henry Slade could yet gatecrash the squad for next year’s home World Cup.

The pair did not feature for England in the autumn internationals but have been central to surprise package Exeter’s eight-match winning streak and surge to third in the Premiership.

Hooker Cowan-Dickie toured New Zealand in the summer before returning home early with a knee injury, while converted outside-centre Slade made his debut against the Barbarians in a non-cap Test in June.

The Exeter academy products formed part of the England Under-20 squad which won last year’s Junior World Cup in France, and Greenwood is convinced the duo can graduate to the main international stage.

“I think there is still time for a Luke Cowan-Dickie or a Henry Slade,” Greenwood told City A.M.

“If Exeter continue to storm up the Premiership, they could get some Saxons game-time in January, might find themselves on a bench in the Six Nations or get a dig in one of the [World Cup] warm-up matches.

“It would be dangerous to start thinking about throwing too many untested players into the Six Nations, but if the Cowan-Dickie’s and the Slade’s of this world keep progressing I see no reason why they shouldn’t make a training camp.

“I also think there is the potential for [Toulon’s] Steffon Armitage to have a good summer training camp in June.”

World Cup-winner Greenwood insists England showed flashes of potential during the autumn internationals while victory over Australia in the series finale hallmarked their most enterprising rugby for some time.

Questions remain for head coach Stuart Lancaster though, in particular over midfield combinations. Centre partnerships of Jeremy Guscott and Will Carling and then Greenwood and Mike Tindall were once the unbreakable backbone of the England XV, yet the Red Rose have had more than 40 pairings since lifting the Webb Ellis Cup in 2003.

England and Lancaster’s focus now turns to the Six Nations and surpassing their 2014 Triple Crown, and the 42-year-old is clear on the benchmark required to hint at World Cup-lifting pedigree.

“England need to go unbeaten at home between now and the World Cup, that is non-negotiable,” he added.

“In the Six Nations there is Italy, Scotland and France, as well as warm-up matches. The ideal scenario would be to go into the World Cup with a Grand Slam and then you start thinking you can win the bloody thing.

“If you don’t win the Championship then you start thinking about the bounce of the ball not being with you and you have to get that thought out of your mind in a World Cup year.”

English rugby union has attracted unwelcome headlines this year after it emerged that almost a third of all athletes – 15 of 46 – currently serving UK Anti-Doping Agency bans emanate from the sport.

And while former Harlequins star Greenwood acknowledges rugby union needs to eradicate the problem, England’s second highest try-scorer of all-time does not believe that the issue is deep-rooted.

“One banned player is too many but they’re not big numbers,” he said. “I think the numbers have to be put into context but the message does have to be loud and clear that such behaviour will not be tolerated. We want to make sure that rugby is clean and does not feature on any such lists, let alone be at the top.”