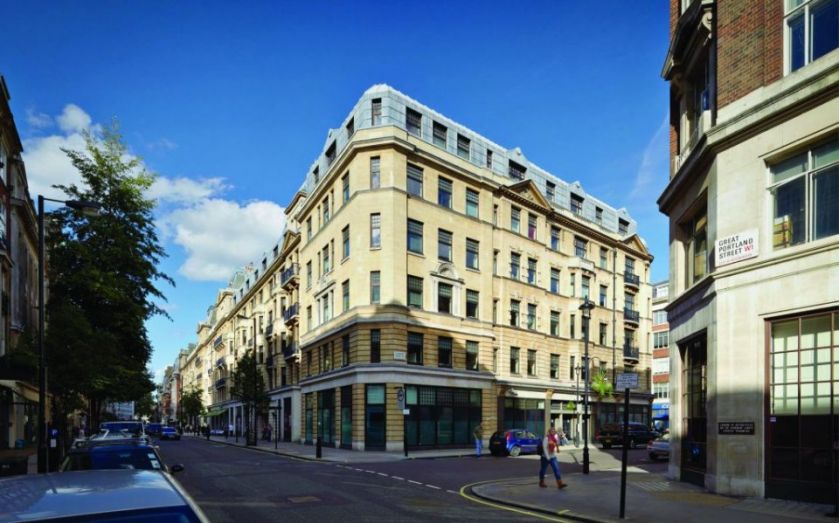 Great Portland Estates (GPE) yesterday posted a 5.2 per cent surge in the value of its property portfolio, thanks to London’s booming West End property market, despite increased uncertainty ahead of the upcoming general election.

The FTSE 250 developer said the value of its estate was worth £3.07bn at 31 December, up £152.3m on the previous quarter due to its development pipeline and a rise in rental values.

Its net asset value increased by 6.9 per cent to 680p per share.

The developer is currently on site at five schemes totalling 600,000 square feet, including Rathbone Square, the former Royal Mail site at the east end of Oxford Street and its largest scheme to date. Their value rose by 9.6 per cent in the three-month period.

It started work on 73/89 Oxford Street, a retail and office block near Tottenham Court Road, during the period and will push ahead with another six schemes within the next 18 months, including 148 Old Street in London’s tech hub.

Chief executive Toby Courtauld said: “Despite heightened political uncertainty ahead of the UK General Election, London’s economy continues to expand at a sustainable rate, supporting healthy demand for the limited quantity of available office and retail space, particularly in our core market of the West End.

Great Portland’s rental values rose by 2.8 per cent in the quarter, compared to 1.5 per cent in the previous quarter. In the West End, rents were 2.9 per cent higher while in City, Midtown and Southwark they rose by 2.6 per cent.

The company signed 20 new lettings totalling 116,300 square feet in the quarter with a combined rent of £6.3m on the back of hot demand for West End property, which is in short supply.

Its biggest letting was to luxury group Richemont, which snapped up an entire office building, Walmar House on Regent Street, totalling 37,700 square feet.

Courtauld said the outlook for the company remained positive: “We can expect higher rates of rental growth compared to last year and we will be increasing our development commitments during 2015, starting new schemes across central London.”

“The strength of our balance sheet will allow us to exploit our many portfolio opportunities to the full,” he added.