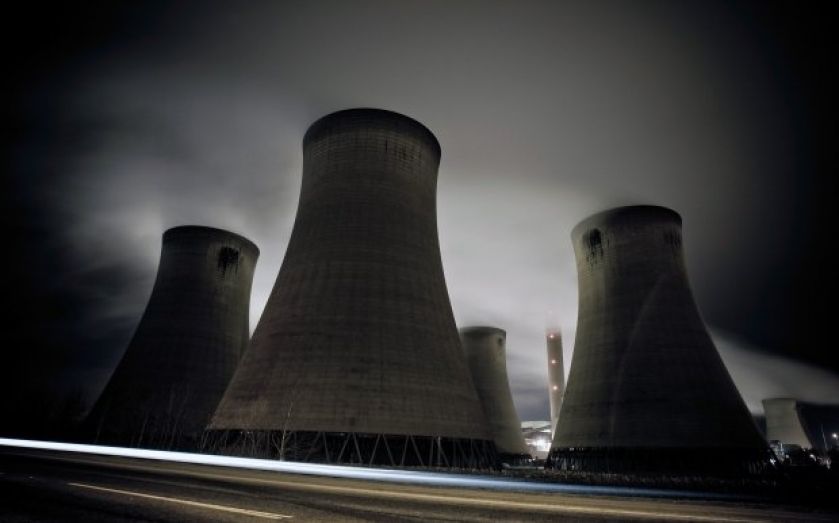 If the government wants to display a credible case for investment in renewables, then today was a definite step in the wrong direction.

The Department of Energy and Climate Change has unveiled a list of eight renewable projects that will be eligible for contracts for difference, its new support framework for green energy generation.

Coal-fired power station operator Drax expected to be approved for CfDs so that it could convert three of its units from coal to sustainable biomass. But its second unit has been rejected with little explanation, according to the company.

“Nothing has changed, as far as our plans are concerned, between being deemed eligible in December and now,” said chief executive Dorothy Thompson. “We have, therefore, commenced legal proceedings to challenge the decision.”

Drax made the biggest losses on the FTSE 250 this morning, plunging around 11 per cent. They continue to fall and were down almost 13 per cent at 3pm.

Shares in other listed energy companies such as Centrica and SSE have edged down today.

“Such changes in government decisions may put further pressure on big-ticket investments and only prolongs the inevitable generation crunch in the UK,” warned Liberum research.

There is not enough clarity and thus no broad industry view on the new CfDs. In direct contract to Drax, last month Ecotricity said it plans to develop a wind farm in Lincolnshire using the existing renewables support framework – the Renewables Obligation – rather than the new scheme that it finds too complicated and too risky.

Shareholders weren’t the only ones unhappy with today’s announcements.

“Although two per cent over the next six years may not sound like a significant increase, with the average household energy bill now at an eye-watering £1,265 a year many consumers will be left feeling concerned by this announcement,” warned Ann Robinson, director of consumer policy at comparison service uSwitch.