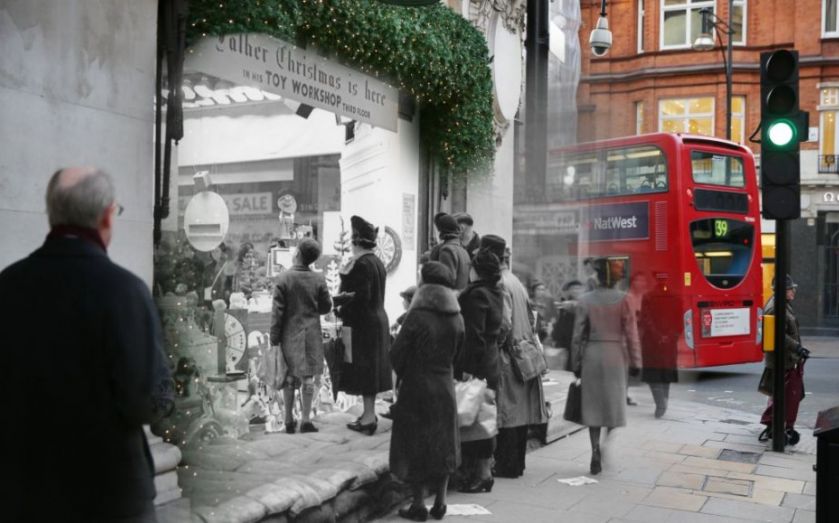 Being visited by the Ghost of Christmas Past doesn't always have to be life-changing.

This series of pictures, by Getty photographer Peter Macdiarmid, show how much (and how little) London has changed in the past decades.
The pictures are composites of originals, dating back as far as the 1920s, merged with images of present day London.

Some show how certain areas of the capital have changed. The above picture of Smithfield market, for example, shows just how much our shopping habits have changed, as does the one below of Watling Street.

Others show how relatively little has changed. Technology might have enhanced how Selfridges dresses its windows for Christmas, but not much else has changed. They still know how to get us peering in with wonder.

Clearly our love of Father Christmas has not diminished. Though he might have smartened up a bit in the last 90-odd years.

But even where there is relatively little change, like at venerable institutions such as St Paul's Cathedral and Parliament Square there is still plenty of nostalgia for Christmasses past.