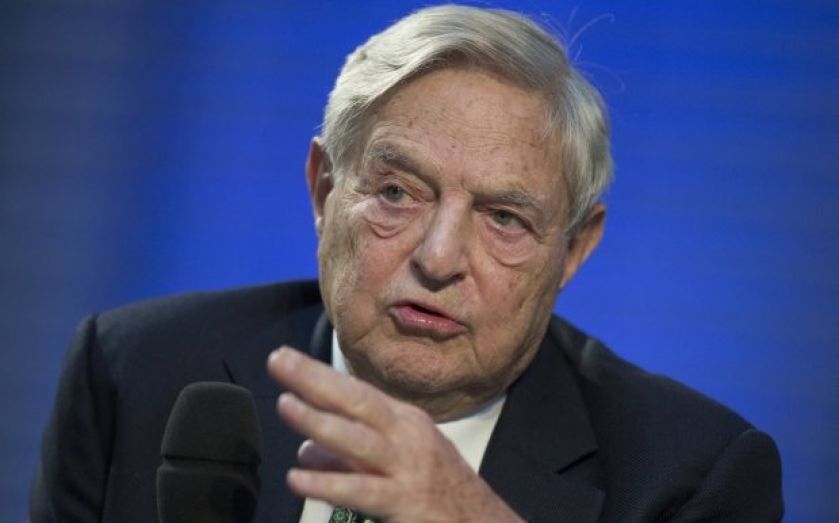 George Soros has been holding court at the London School of Economics today on the state of Europe, how the Ukraine crisis could bring the continent closer together, and why the UK should stay a part of it.

Here are some of the billionaire investor’s most interesting comments.

On the state of the Eurozone

You could call the arrangement a debtors’ prison from which they can’t escape. The financial crisis is over, because the question of whether the euro is stable or here to stay is resolved… But within that situation the original purpose of the European Union has been lost.

The debtors have a handicap in having to pay more for credit, not just for government bonds but for business. It has narrowed [between the Eurozone nations], so there has been some relief, but it’s an ongoing additional burden that they have to absorb every year.

I think theoretically it could still be a quick adjustment if the Eurozone broke up into two, if you had a northern euro and a southern euro. The southern euro would be the successor currency of the euro, so the northern euro would be called the northern mark… All the [exchange rate] adjustment would have to be borne by the creditor countries led by Germany and the debtor countries would suddenly become competitive. It remains an option but it’s a very difficult one.

On the Ukraine’s place in Europe

Generally speaking, I think talking about sanctions, we have to be very careful. There’s an instinctive action that there’s aggression, we need to hit back. I think we need to pause before hitting back. The right approach is to strengthen Ukraine.”

When the time came [to integrate further], when Lehman Brothers collapsed, Germany did not want to take that step… That was the first step in the process of disintegration, which has now gathered momentum. If Britain were to leave [Europe], that would be a major additional step in disintegration. That’s where a European Marshall Plan for Ukraine could reverse that trend, that would be another step towards co-operation and solidarity and all of the things the union was supposed to stand for.

For the UK it’s now decision time. Britain should not be arguing whether to leave, but whether to re-engage in the EU, which is in a mess and it does need the engagement of all the parties… For that it needs a change of heart both in Germany and in Britain. The idea of Britain leaving Europe would be a terrible mistake for Britain. I leave it to the business community and particularly the multi-nationals to explain to the British public what they have to lose if they leave Europe, namely jobs. I think that should be enough.