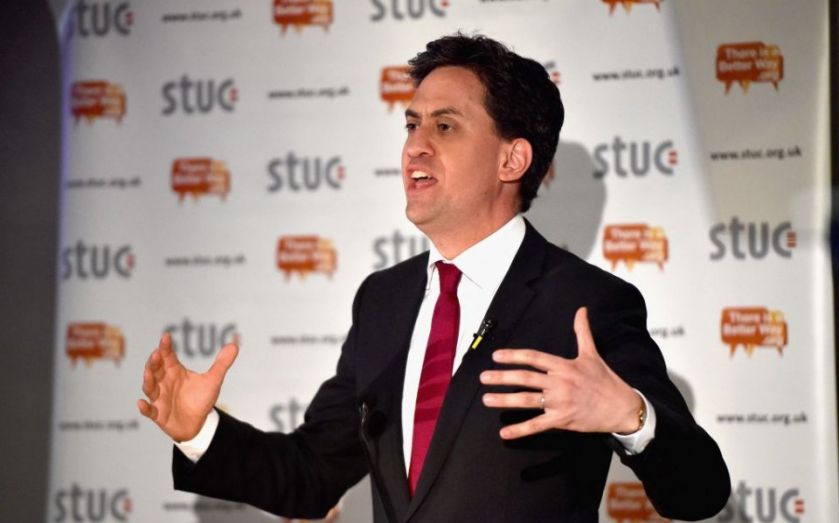 The chief executive of Henderson Global Investors has warned that the UK's AAA credit rating would be under threat in the event of a Labour victory at the General Election.

Andrew Formica, head of the FTSE 100-listed investment management group, also warned that a Tory victory and the possibility of a referendum on EU membership could pose a grave threat to business in the UK.

Speaking to Sky News, Formica argued that a Labour victory has "the potential to put the UK's credit rating at risk" due to its "detrimental" approach to business.

Formica said: "If there was a change to the current austerity measures and to business taxation and the like, you do run the risk that the UK's credit standing could be altered."

However, the Australian chief executive warned that the Tories did not represent a totally safe bet for business either due to their commitment to a referendum on a "Brexit" from the EU. Formica argued such an event would risk the potential for "long-term capital allocation" in the country.

A similar argument was put forward earlier this month by ratings agency Moody's who claimed that the prospect of the UK leaving the EU would threaten the country's credit rating more than any uncertainty over the outcome of the election.

Moody's said: "As the EU accounts for around 50 per cent of the UK's goods and 36 per cent of its services exports, a withdrawal from the EU could have negative implications for trade and investment, both ahead of the event and following it."