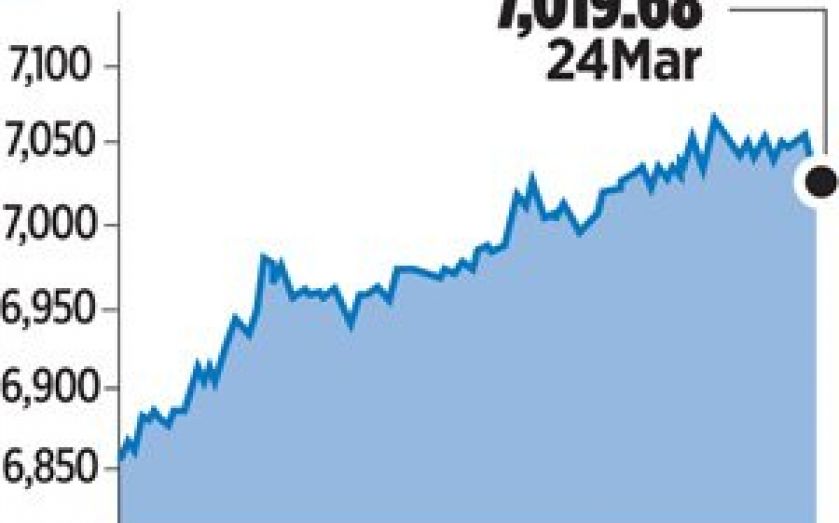 ANOTHER day, another all-time high was the call yesterday for Britain’s top share index – although it did slip back at the close – and record low UK inflation data kept investors confident over the market’s longer-term prospects.

Shares in plumbing supplies group Wolseley fell 2.7 per cent as it posted a smaller-than-expected rise in first-half earnings.

Game Digital shares fell 5.8 per cent after it reported a 1.8 per cent drop in half-year pre-tax profits to £33.2m. It also said its finance director, Benedict Smith, would be leaving the company.

Energy and mining shares finished lower, with iron ore producer Rio Tinto losing two per cent. Among the worst performers was Primark-owner Associated British Foods, which fell 2.9 per cent as Credit Suisse cited weakness in the euro as reason for cutting its earnings estimates for ABF by three per cent this year.