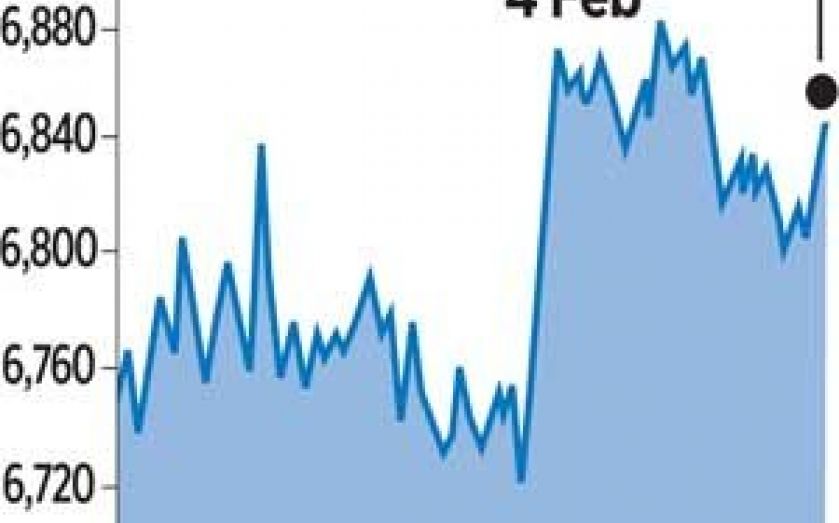 The premier index closed down by 0.2 per cent at 6,860.02 points, after reaching its highest level since September on Tuesday.

Hargreaves fell 7.6 per cent, the worst-performing FTSE 100 stock in percentage terms. Its first-half pre-tax profits fell to £101.9m from £104.1m a year earlier.

“The problem is the competition aspect — fees are going to come under pressure from outside, or will go down anyway as clients demand cheaper transactions,” said IG analyst Chris Beauchamp.

Shell has also been hindered by negotiations making no progress this week as the oil giant and union leaders haggled over a new wage contracts for US refinery workers who have been on strike for three days.

The decline in oil prices muted the effect of a decision by China’s central bank to cut the amount of cash that banks must hold as reserves. China’s move did lift the shares of Asian-focused bank Standard Chartered, which outperformed to rise 0.5 per cent.

Sky, which was formed from the combination of Britain’s BSkyB, Sky Deutschland and Sky Italia to serve 20m customers in Europe, advanced 1.3 per cent after posting a 16 per cent rise in first-half adjusted operating profit. ITV rose 3.6 per cent.

The largest falls behind Hargreaves Lansdown on the index were Afren, down 6.25 per cent, Premier Oil, down 5.79 per cent and Tullow Oil, down 5.15 per cent on the day.